Kmart closes its doors for good 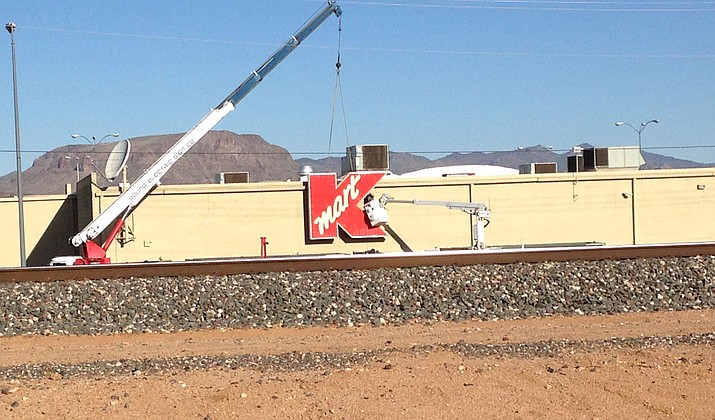 KINGMAN – The Kmart blue light specials have burned out with the closing of more than 300 stores across the nation, including the Kingman store at 3340 E. Andy Devine Ave.

It’s the latest Kmart to close, joining an earlier closure in Bullhead City and one in Phoenix.

After months of speculation, Sears Holdings Corp. Chairman and Chief Executive Officer Eddie Lampert announced in July that eight Sears stores and 35 Kmart stores, including the Kingman location, would begin the process of shutting down.

“We have fought hard for many years to return unprofitable stores to a competitive position and to preserve jobs and, as a result, we had to absorb corresponding losses in the process,” he said.

The corporation denied that the Kingman Kmart was on the list for closures, even as the pharmacy was closed and inventory dwindled on the shelves.

Liquidation sales began in July, and workers at the Kingman store were notified that their store would be closing in early October.

A Kmart shopper from Seligman told the Daily Miner in June she had heard rumors about the store closing and was afraid it would happen.

“I know they’ve been closing all over and this one’s not that busy, so whenever we can, we come here,” the shopper said.

Kmart officials insisted in April that Kingman was not on the list of stores to be closed by parent group Sears Holding, despite leaks from employees that it was just a matter of setting the closing date.

Moody’s identified Sears as one of 19 national retail chains in “danger” with poor earnings reports. Retail analysts pointed to a “bubble” in the industry and the exponential growth of online shopping as reasons for major retailers closing stores. In the face of it all, new stores are opening, though many are discount and “dollar” stores.