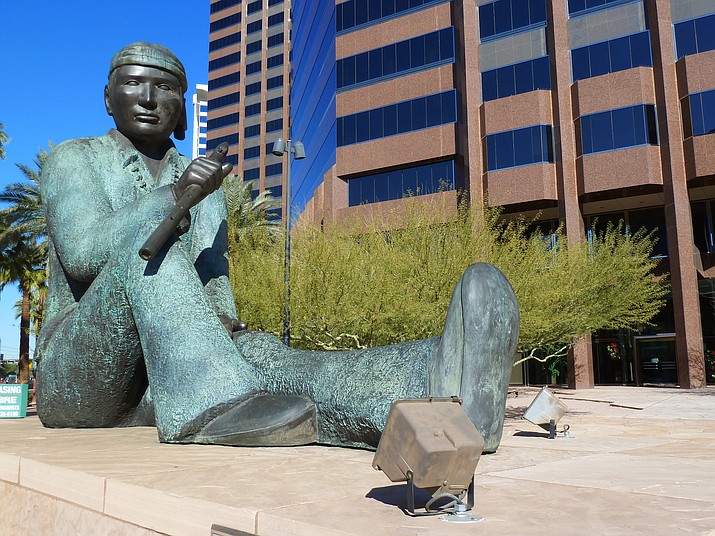 Patterson and hundreds of other Navajos trained in radio communications were prohibited from talking about their work until it was declassified in 1968. Although Patterson couldn't say much, one of his sons said he was proud of being a Code Talker.

"He attended as many Code Talker events as he could," Pat Patterson said. "It was only when his health started to decline that he didn't attend as many."

Patterson served in the Marine Corps from 1943 to 1945. He and other Navajos followed in the footsteps of the original 29 who developed the code and received the Congressional Silver Medal in 2001. During the war, they radioed messages using Navajo words for red soil, war chief, braided hair and hummingbird, for example.