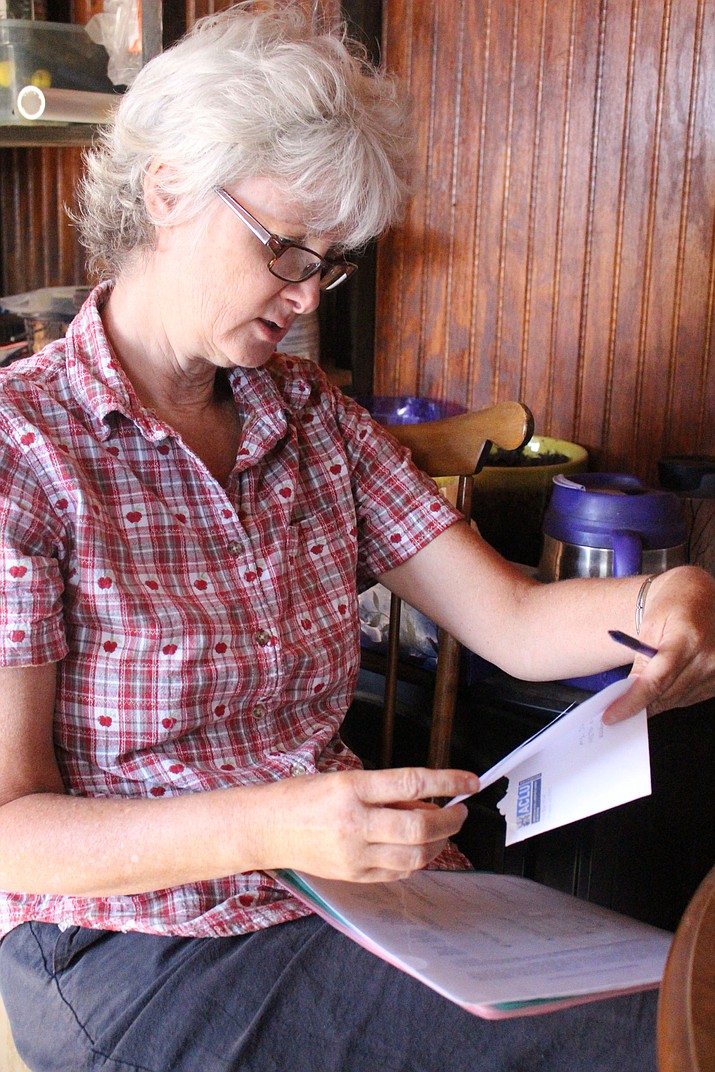 J’aime Morgaine has been unblocked on Rep. Paul Gosar’s Facebook page after filing a federal lawsuit in September.

She woke up Wednesday to this message from U.S. Rep. Paul Gosar, R-Arizona:

“Welcome back to my Facebook, @JMorgaine. The floor’s all yours.”

That comes after Morgaine filed a federal lawsuit against Gosar for blocking her comments from his Facebook page.

She filed the suit on her own Sept. 8 in Phoenix, drawing the interest of the American Civil Liberties Union, which had begun contacting other constituents blocked by Gosar.

“I have confirmed that it’s true. I am officially unblocked,” Morgaine said in an email to the Daily Miner. “As shocking as that is for me to say, it’s true.”

The strangest of twists occurred when David Gosar, brother of the congressman and an attorney in Wyoming, contacted the Daily Miner after Morgaine’s story was published seeking to get in touch with her.

“I am one of Congressman Gosar’s many family members who are disgusted by his behavior and actions,” David Gosar said.

He cited an article on Vice News in which Rep. Gosar suggests that white nationalists at a violent rally in Charlottesville, Virginia, in August may have been funded by George Soros, whom Gosar accused of having “turned in his own people to the Nazis.”

“He looked insane … and was the final straw for most of us,” the brother said. “To accuse a man who survived the holocaust of being a Nazi collaborater is beyond despicable.”

Morgaine called David Gosar, who said he would represent her case.

“What is happening is a little bit bigger than what I can figure out on my own,” Morgaine said of the growing interest in her lawsuit.

Morgaine said the underlying reasons for her lawsuit got lost among judgment and personal attacks she received on Facebook after her story was published Oct. 5 in the Daily Miner.

“The lawsuit isn’t about trying to make a statement about profanity as a First Amendment protected right in social media,” she wrote in a letter to the Daily Miner. “And I didn’t just wake up one day filled with outrage and filed this lawsuit. I researched for months trying to answer the question for myself if I even had a right to be upset that I had been blocked.”

Rep. Gosar created the Facebook page to facilitate his official duties as an elected congressman, not to represent his personal life, Morgaine said. As such, it’s subject to the same requirements for social media accounts laid out in the Members’ Congressional Handbook.

Content “must be in compliance with federal law and House Rules and Regulation applicable to official communications and germane to the conduct of the member’s official and representational duties.”

Morgaine received a letter from the ACLU in July explaining its staff was limited in time and resources, and might not get to the case in a timely manner. They told her to keep pursuing the case, and they would contact her for more information.

ACLU staff attorney Darrell Hill called Morgaine in September letting her know they had received enough complaints to warrant their involvement. He met with her Sept. 28 in Phoenix to discuss her case.