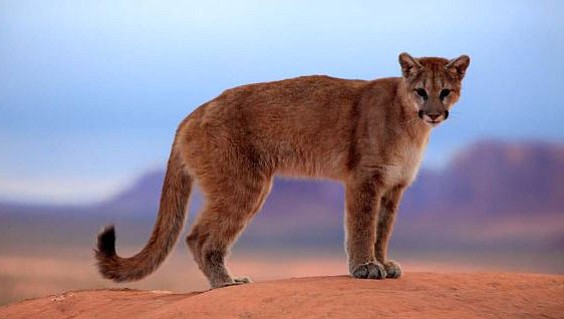 A mountain lion in Arizona.

Contrary to what Don Martin suggests (Anti-hunting groups seek to ban hunting of mountain lions in Arizona, Oct. 10), the proposed initiative to prohibit the trophy hunting and trapping of mountain lions, bobcats, jaguars, lynx, and ocelots is not only strongly supported by nearly two-thirds of Arizona voters, but is deeply grounded in scientific research. Although hunting of jaguars, ocelots, and lynx – who have dispersed into the state after being released in Colorado – is currently prohibited under federal law, this initiative would codify those protections in addition to safeguarding them from methods, such as hounding and trapping of mountain lions and bobcats that could threaten their recovery.

Despite the fact that the Arizona Game and Fish Department lacks reliable population estimates, trophy hunters and trappers kill thousands of bobcats and hundreds of mountain lions each year using cruel and indiscriminate methods. Research has shown that killing the stable, adult members of a population (i.e., those commonly targeted by trophy hunters) disrupts the species’ social structure and ends up causing many more conflicts.

You can learn more about the science behind this initiative on the Arizonans for Wildlife website at www.azforwildlife.com/resources.

It is time to give voters the opportunity to end the cruel trophy hunting of Arizona’s wild cats.

Sign up today to volunteer and help us finally give these wild cats the protection they deserve at www.azforwildlife.com.