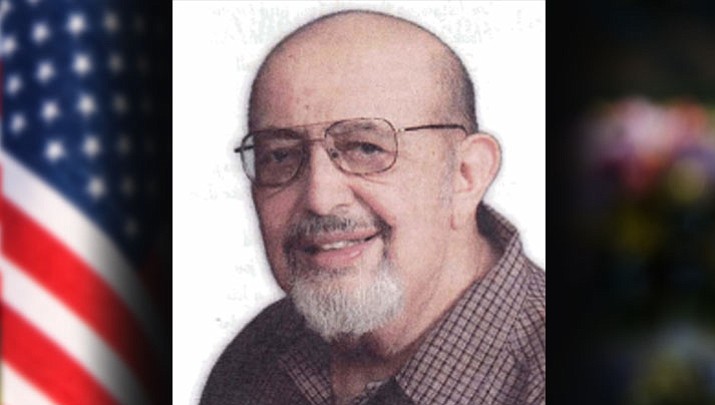 Albert B. Noli Jr., grandson of early pioneers of Mohave County, died peacefully in his home on October 1, 2017 under the care of his wife Carol and the wonderful nurses from Hospice. He was born February 4, 1939 in Orville, California to Albert B. Noli Sr. and Helen Campa Noli. Albert’s mother, along with her three young children Clara, George, and Joann traveled to Oroville where her mother, Ynocencia and father, Antonio Campa lived, to give birth to twins Albert and Roberta.

After his father’s death in 1952, Albert cared for his mother until she died in 1989. He remained a bachelor until he married Carol Ann Decker in 1997. They met when he would come to his family home on Oak St. to do repairs and tend to weeds. They became back fence friends talking about old times in Kingman. He decided to tear down the old Noli house and build a new residence and that’s where he lived out the rest of his life. Albert started working as a young boy; his first job was helping Delia English at the Greystone Inn on Oak St. She prepared meals for the prisoners of the old Mohave County Jail, and Albert and his brother George would deliver them for her. He cleaned rooms at the Galindo Motel for Ms. English’s niece Nellie and her husband. He worked at Central Commercial in the stockroom and delivered groceries. He worked at various construction jobs until he went to work for Duval Mine. He continued working there until they closed and then worked for them in Battle Mountain, Nevada. When that mine closed down, he worked for the Kingman Unified School District as a custodian for Palo Christie School and Hualapai School until he retired.

Albert served in the National Guard Reserve in the 158th Infantry Division. He did his basic training at Fort Ord, California and continued his military education at Fort Huachuca, Arizona.

Albert was a devote Catholic and attended St. Mary Roman Catholic Church. He was Christened, Confirmed and did his first Communion in the old church. He served as an altar boy for many years. He also helped to establish the St. Vincent De Paul Society in Kingman, was a member of the Knights of Columbus and in the Legion of Mary.

Albert was a humble and kind man, who did not hesitate to help those in need. He has a sharp wit that would put his family and friends into uncontrollable laughter and always has a story to tell. He knew a great deal of Kingman history, especially old town where he ran the streets as a young boy and walked with his dad to the Court House where his father worked to help him empty the trash and sweep the floors.

He was preceded in death by his parents and his twin sister Roberta, aka Sister Albert Mary, and his half-brother George Boone. He is survived by his sister Joann Lutterman of Anticoch, California and his half-sister Clara Cooper of Mansfield, Texas. He leaves behind many cousins and friends.

A private service for family and his close friends will be held Saturday, October 14, 2017 in the Old St. Mary Roman Catholic Church on Spring St. The Rosary will be at 9:30 a.m. and the service will follow. He will be laid to rest beside his twin sister at the Mountain View Cemetery on Stockton Hill Road.