WAFD | Doctor: About half in Mohave County who take pain meds abuse them 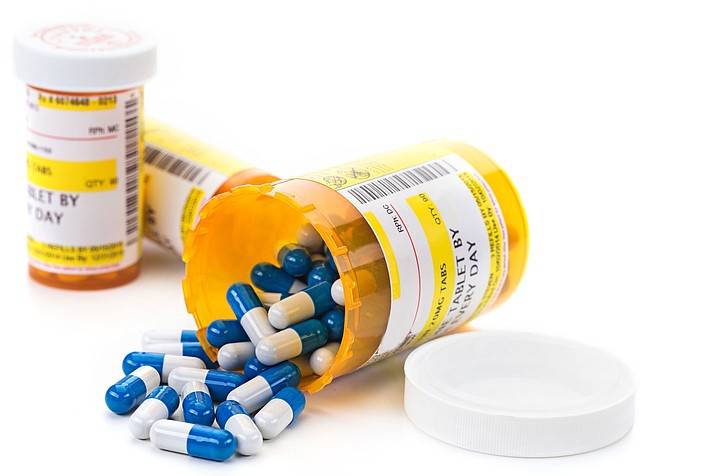 KINGMAN – Abuse of opioids such as prescription pain medications and heroin continue to plague Mohave County, from cities to rural areas, enough that CDC identified Mohave as one of six counties to share a $3.6 million grant to mitigate such abuse.

Addictions to opioids such as heroin, morphine and prescription pain relievers affect people from all demographics. According to the World Drug Report 2012 from the National Institute on Drug Abuse and United National Office on Drugs and Crime, between 26 and 36 million people abuse opioids worldwide.

Opioids can lead to physical dependence and possible addiction, which is why legal versions of opioids are carefully monitored and prescribed.

Dr. Michael Valpiani, owner of Better Pain Management in Kingman, said he has to be extremely careful in prescribing opioids for patients, and he goes beyond medical tests in assessing their needs.

“When someone comes and talks to you, how do you know if they’re lying to you, if they’re pulling your leg? What type of truth-o-meter do you use?” he asks.

They don’t want to be questioned, and they don’t want the doctor looking at them as if they did something wrong, even if they overused their medicines, Valpiani said.

“The problem is the drug dealer, the addict, the abuser, the people who are ignorant and behave poorly with medications all say the same thing. ‘Just give me my drugs and leave me alone,’” he said.

Opioid addiction can cause long-term changes to the biological structures of the brain and affect brain function, according to the Association of American Physicians.

Opioid abuse is on the rise. A 2013 study titled “Global, regional, and national age-sex specific all-cause and cause-specific mortality for 240 causes of death, 1990-2013: A systematic analysis for the Global Burden of Disease Study 2013” and published in the Lancet found that use disorders resulted in 51,000 deaths worldwide in 2013, up from 18,000 deaths in 1990.

While there’s no single underlying cause for this increase in opioid abuse, some say the greater number of prescriptions written for medication such as codeine, oxycodone and similar pain relief pills, and greater social acceptability of these drugs have contributed to the spike in opioid-related deaths.

Data from IMS Health's National Prescription Audit indicates that, in the United States, the number of prescriptions for opioids like hydrocodone and oxycodone escalated from around 76 million in 1991 to nearly 207 million in 2013.

Dr. Valpiani said it’s easier to get oxy in some states such as Florida, where all you have to do is show you have an amputated leg or an MRI of a herniated disc, even though there’s no objective way to determine if the patient is experiencing pain.

In Mohave County, with its high percentage of the population on Medicaid, roughly half of the people on pain pills are abusing them, Valpiani said.

“Now abuse is a relative term, but technically abuse means using medication for any reason than for what it was intended by prescribing physician to be used for and in any manner other than prescribed,” the doctor explained.

“If you take pain meds to relieve anxiety or to get high, you’re abusing your drug. It also means if you overuse medicine because of pain, more than prescribed, that’s abuse of the drug. If you give it to a friend or neighbor to help with their pain, that’s drug abuse. Of course, getting drugs from multiple providers is drug abuse and actually against the law in the state of Arizona.”

Opioids are highly addictive because they can produce a sense of well-being and euphoria in addition to the pain-blocking benefits for which they are designed.

The National Institutes of Health says opioids act by attaching to specific proteins called opioid receptors, which are found on nerve cells in the brain, spinal cord, gastrointestinal tract, and other organs in the body.

When these drugs attach to their receptors, they reduce the perception of pain; however, they can also produce drowsiness, mental confusion and nausea. Many opioid abusers develop a tolerance over time, requiring them to use more and more of the medication to reach the same level of efficacy.

When individuals addicted to opioids can no longer gain access to prescription pills, many turn to illegal means to satisfy their addictions and cravings. Many simply segue to heroin, which is cheaper and, in some communities, easier to obtain than prescription opioids.

Many communities have seen heroin use spike considerably in recent years. Heroin is even more dangerous because of the transmission of other diseases through the sharing of intravenous syringes.

Opioid abuse is a problem affecting communities across North America. Shedding light on the epidemic can inspire people to support legislation designed to combat opioid abuse and addiction and prevent future generations from succumbing to opioid addiction.

Letter | Don’t forget the people who need pain medication
State of Emergency: Opioid overdoses get governor’s attention
Goodale's family struggles inform drug legislation
Pain Management: It can be equally uncomfortable for patients and doctors
The politics of pain - another side of the opioid story