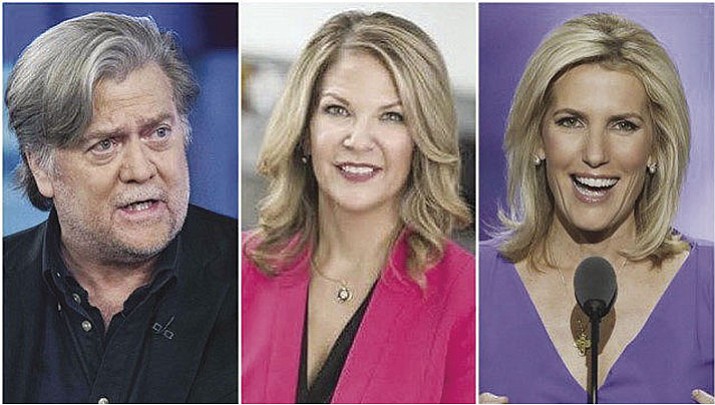 SCOTTSDALE – Kelli Ward’s campaign for U.S. Senate is getting support from some heavy hitters in the conservative political world.

Their support follows encouraging recent words by President Donald Trump and Fox News’ Sean Hannity for Ward’s campaign to unseat Senator Jeff Flake. Trump in particular has been critical of Flake for his stances on the issue of border security. In August, the President tweeted: “Great to see that Dr. Kelli Ward is running against Jeff Flake, who is WEAK on borders, crime and a non-factor in Senate. He’s toxic!”

According to Mohave County Republican Party Chairman Laurence Schiff, Ward may have the advantage – especially at home in Mohave County.

“Kelly has a record – she is extremely conservative, and she was a superb state senator,” Schiff said. “I have every confidence she’ll do an excellent job. I’ll support the Republican nominee, ether it’s Flake, Ward or someone else … but I think Flake is in a lot of trouble.”

According to Schiff, Flake’s criticism of Trump may have earned enemies for the incumbent senator in Mohave County.

“People in Mohave County, and in Arizona in general, made it clear we support Trump,” Schiff said. “We’ve added trillions to the economy, and I’m confident he will repeal Obamacare next year. Trump has turned this country around, but Flake has been a huge member of the ‘Never-Trumpers.’ But Flake is still better than the alternative – if a Democrat wins.”

Bannon’s appearance at today’s event was something of a surprise, first reported Monday by Breitbart.com, the conservative website where Bannon serves as executive chairman. The Trump confidante was invited by Ingraham to the event, the website reported.

Schiff said Flake’s apparent refusal to support Trump has alienated many Mohave County voters, while Ward’s support of Trump and her intention to strengthen border security may entice many more.

“I think Kelli understands what needs to be done, and I think she would be a very good U.S. Senator,” Schiff said.

According to Ward’s campaign, Flake’s popularity is waning in Arizona.

An August poll from Public Policy Polling showed that 47 percent of Arizona respondents said they would vote for a generic Democratic opponent over Flake, while 62 percent of respondents disapproved of Flake’s performance in the U.S. Senate, the pol said. Ward’s previous opponent, by contrast, received a 40-percent disapproval rating in the poll, following his deciding vote against Trump’s American Health Care Act this year.

Arizona was highlighted as “ground zero for Republicans’ war with itself” in a Monday article by The Washington Post.

The newspaper ranked Arizona as the fourth-most likely state to flip party allegiances this fall.