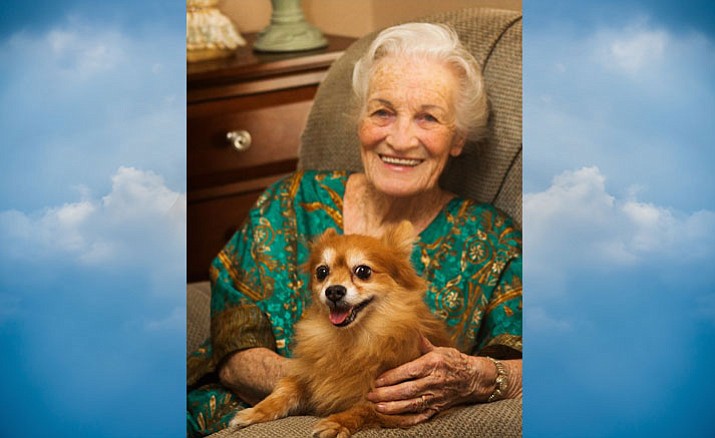 On Thursday, October 19, 2017, following a battle with cancer, Bonnie C. Wacaser went home to be with her Heavenly Father.

She was born February 1, 1931 to John and Theodosia (Mable) Noland in Ft. Scott Kansas, the second of four children. The family moved from Kansas to Napa, California in 1941. Bonnie attended Napa schools including Napa High, Class of 1948.

Bonnie moved to Olympia, Washington for a few years and married Dave Rose. They made a home together in Napa and traveled the country in an RV until his death in 1998.

Bonnie later moved to El Cajon, California where she met a widower, Frank Jefferies Wacaser, the man of her dreams. They married in 2004 and moved to Valle Vista in Kingman, Arizona.

Bonnie and Frank led happy lives and attended Hilltop Four Square Church, making many dear friends who will miss her.

Bonnie is also survived by her sister Barbara Mullette and Wilburta (Ray) Eberhardt, five nieces and nephews, and a little dog Sam E. Bonnie loved the Lord and served him all the days of her life.

Bonnie was preceded in death by her brother Johnnie Noland.

A memorial service will be at Hilltop Four Square Church on October 24 at 11 a.m.

In Lieu of Flowers, donations may be made to KRMC Hospice Services, 2202 Stockton Hill Road, Kingman, Arizona 86401.