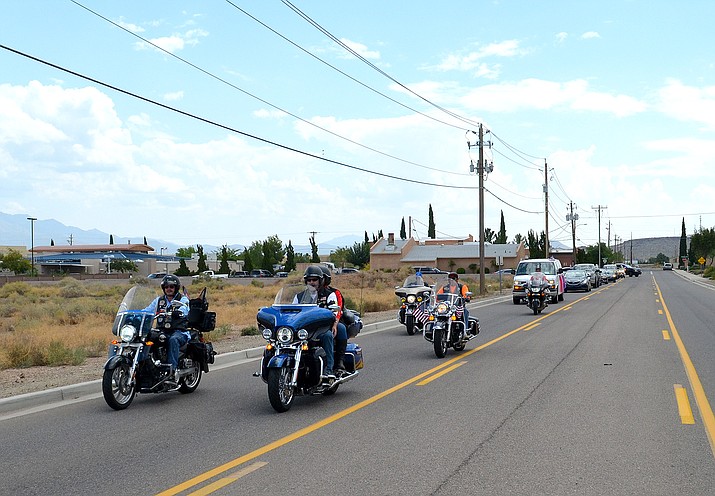 KINGMAN – Motorists may have noticed a small motorcade rolling through town Friday.

According to his family, Manakaja joined the U.S. Army in February of 1943 and was assigned to the Indiana Army National Guard as part of the 149th Infantry Regiment, 38th Infantry Division. The 38th ID took part in liberating the Philippine Islands from Japanese control, including the Bataan peninsula where thousands of U.S. service members were forced into prison camps after the infamous ‘Bataan Death March.’