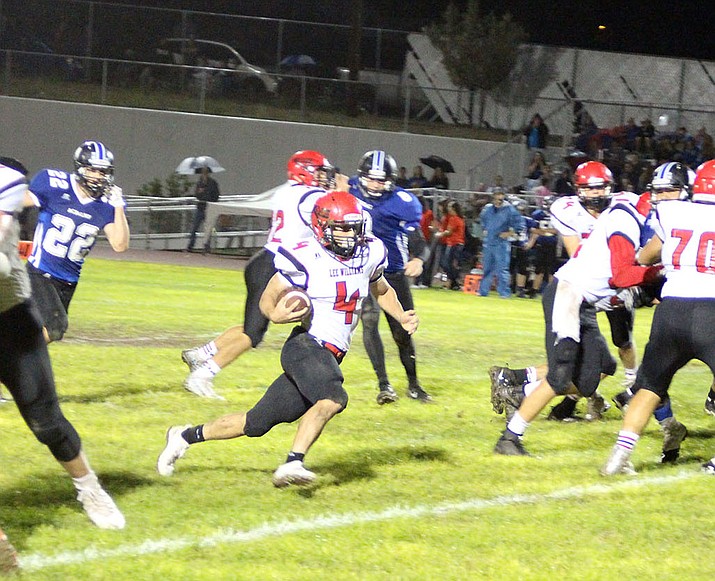 Tyler Miner and the Lee Williams High School football team travel to Mingus today to open play in the 4A Grand Canyon Region.

“We had a big talk about being 3-0 and talked about how all three of those games were basically the preseason,” Sasse said. “We are bringing a new attitude and starting a new season this week and the players are focused on continuing our physical play.”

The Vols dropped a 35-14 decision to the Marauders last season, but they’ve graduated some players from that squad. Mingus is 0-3 this year, but that doesn’t mean Sasse is overlooking who they do have on the roster.

“They are new up front, but they return some very good skill players that we are looking to contain,” he said. “Overall we are pretty even in the matchups, it is all about who comes out and executes Friday night.”

Marauders running back Tyler Kelly leads the team with 285 yards and four touchdowns, but he’s not the only one who gets the ball. Alex Nelson and Colby Fanning have combined for 270 yards.

“Our players are well aware that we are going to have our hands full,” Sasse said. “They are a very physical team that is well coached. We are looking forward to it. This is our type of game.”

Sasse also mentioned that the Vols need to stop big plays as the Marauders have a lot of athletes capable of reeling off big plays.

Lee Williams will also look to control the ball and limit turnovers.

“This is a huge game to show how physical we are,” Sasse said. “It has to show on Friday night.”