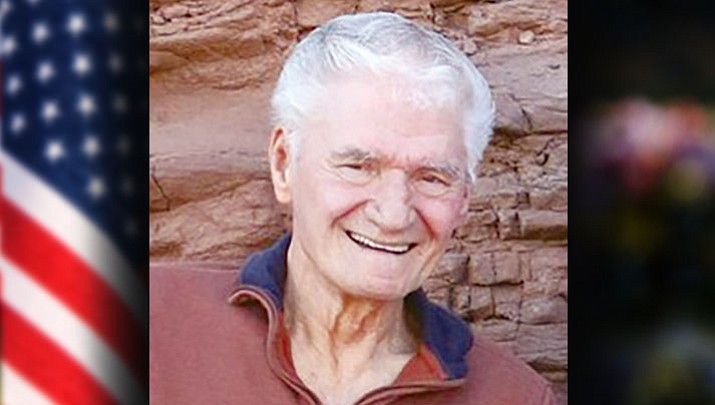 Delbert “Bob” Baker, 78, of Holbrook, Arizona passed away on Tuesday, September 5, 2017 in Phoenix, Arizona where his legacy will live on forever in his family and friends. Bob was born May 19, 1939, in Dunseith, North Dakota to Alfred and Elizabeth (Gillies) Baker. He was one of 12 siblings.

Bob joined the U.S. Air Force in 1957. While in the Air Force he met and married Linda Guttery. Bob had a variety of jobs that he loved. The majority of his work career was a pipe fitter – retiring as a Construction Sewage Treatment Superintendent, where his friends described him as a charismatic hard worker “who got the job done.”

In 1958 they welcomed their first child, Mark Kristopher, followed by ElizaBeth Lorraine and Lisa Ann. He loved the outdoors and spent time with his family hiking and fishing, where he fished all “waters” enjoying stream, lake, ice and ocean. His all-time favorite fishing place was the Lewis River in Yacolt, Washington. He taught his kids at a young age “if you are not going to eat it, don’t kill it. Preserve and respect nature.”

As Bob began his retirement he relocated back to Arizona where he could enjoy his favorite pastimes – gardening, and teaching his grandchildren and great-grandchildren the art of the earth. It was nothing to find him and the grandkids cruising in his 4x4. They all adored him. The adult grandchildren nicknamed Grandpa as the Go-to-Guy. He could build and fix anything.

For those who have special memories and would like to send private condolences or sign our online guest book, we invite you to visit our website at www.owenslivingstonmortuary.