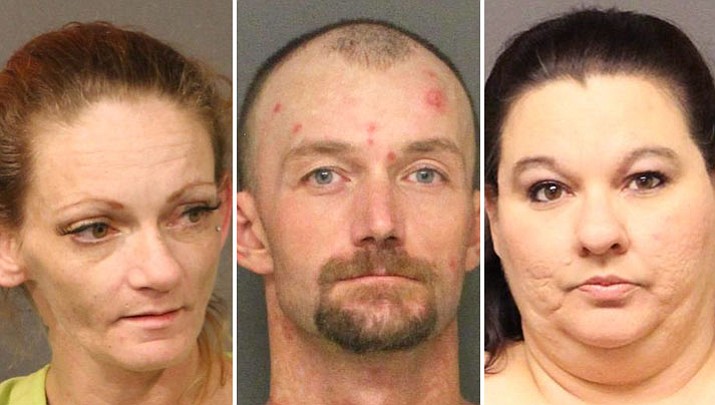 According to a sheriff’s spokeswoman, deputies contacted a detention officer at the Mohave County jail regarding inmate Traissa Ann Ramus, 40, of Kingman in possession of drugs.

The officer said they caught inmate Ramus allegedly trying to flush drugs down the toilet during a routine cell search. The detention officer reportedly found multiple pills on Ramus during a search.

Deputies contacted Ramus and charged her with promoting prison contraband and possession of narcotic drugs, felonies.

According to a sheriff’s spokeswoman, deputies conducted a traffic stop in the area of Butler Avenue and Melody Street. Deputies contacted Curnutte, the driver and a records check showed him to have a probation violation felony warrant issued out of Yavapai County Superior Court.

Curnutte was taken into custody without incident and booked into the Mohave County jail.

According to a sheriff’s spokeswoman, deputies received information regarding Mendez allegedly selling drugs.  At about 6 a.m., deputies responded to a home in the 4400 block of North Glen Road and talked to Mendez, who reportedly admitted to have a small quantity of methamphetamine and produced a plastic bag containing 10 grams of the drug and told deputies she sold meth to support her habit.

Mendez was taken into custody without incident booked into the Mohave County jail.