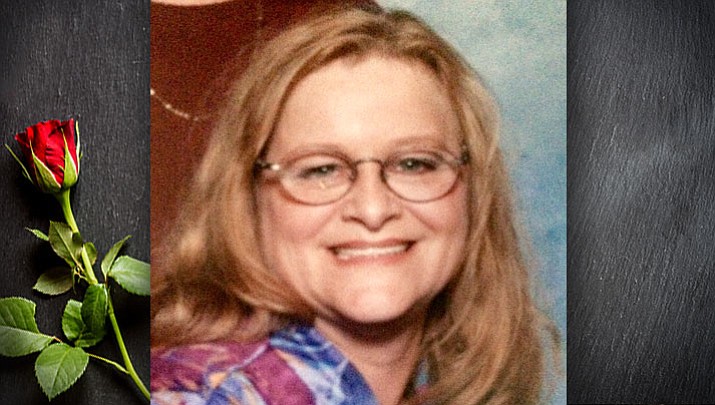 Izetta Dorothy (Ike/Sandy) Drake lost her long battle with diabetes and renal failure on September 9, 2017 in the company of family.

Izetta was born in Long Beach, California in March 3, 1952 to Eugene and Dorothy Kenworthy.

Izetta met her husband Lloyd when both were teenagers. The two would marry at St. Mary’s Catholic Church in Kingman, Arizona in 1969 and had a lifelong love affair and nearly 40 years of marriage until Lloyd’s passing in 2009.

The two would go on to live in Minnesota, California and eventually return to Kingman in 1992.

Izetta was preceded in death by parents, Eugene and Dorothy Kenworthy and brother, Donald Faust.

Izetta was a devoted wife, mother and grandmother. She was a loving, compassionate person and consummate caregiver who would gladly give you the shirt off her back or her last dollar. As a wife of a Vietnam Veteran, she was an active member of the VFW auxiliary and avid military supporter. She enjoyed bingo with friends and making handy crafts such as sewing, knitting and crochet. She was well liked by all she met and loved deeply by her family and friends.

No services will be held.