Column | Today’s scapegoating not so different from ancient societies’ 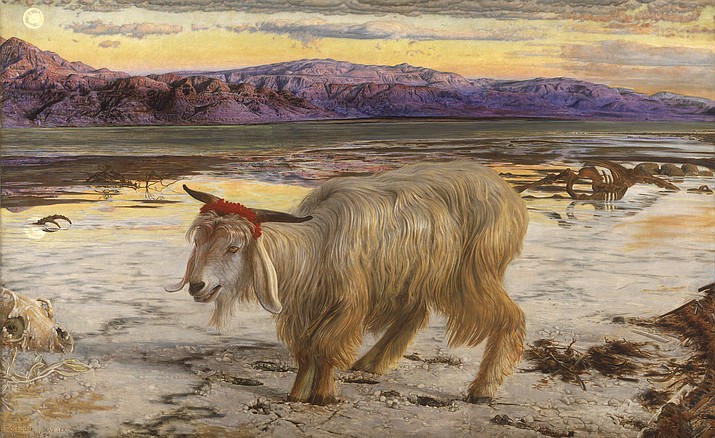 Societies across the world have used scapegoats for centuries. The Jewish people used an actual goat that they assigned their sins to, then threw it off a cliff to rid Jerusalem and its nation of those sins during Yom Kippur.

Human scapegoats were used in ancient Greece. A man and woman would be chosen, led around the town being beaten with green twigs before being thrown out of the village, and maybe stoned, so the city would be shielded from future evils. Romans were also inclined to use scapegoats. Innocent people were allowed to take the penalty of someone who confessed his or her guilt. Millions of Christians around the world practice scapegoating with the custom of Jesus bearing their sins so they can have salvation.

By blame shifting, people justify their behavior while assuaging the guilt they, hopefully, feel because of the things they have done.

Which brings us to the curious case of City of Kingman city manager John Dougherty.

Since Dougherty’s hiring in 2013, I haven’t heard a negative thing about him, unless you count some of the present council’s email exchanges about him. I’m telling you, it says a lot when you don’t hear people speak poorly of someone.

What I am mostly hearing now is what a great asset Dougherty and his family have been to Kingman. He and his family were witnessed to have been at many of the city cleanups, participating in the anti-bully Zombie Walk and slicing up watermelons during Fourth of July celebrations downtown. I have heard from people who needed to work with the city in resolving issues or getting things done that Dougherty wasn’t only easy to work with, but he was great to work with.

My sense of Dougherty was this was a man who bought in to Kingman and wanted to be part of the city’s future. While the city manager is the chief bureaucrat for the city, it is a political position. He is hired and fired at the discretion of the City Council.

A City Council that is only making things harder on itself.

It voted 6-1 back in April to direct Dougherty to hire an economic development director. That hasn’t happened, and I can’t but wonder if that could be a source of giving him a poor evaluation and voting not to renew his contract. In council’s infinite wisdom, they now have two high profile positions to fill that are needed to move Kingman into the future. Two when they are having a hard time filling one.

What really gets me is that five of the six votes against Dougherty came from people who have had less than a year office judging his performance. Four councilmembers have only begun judging him since December, and the fifth didn’t take her seat until March. Is that really enough time?

Fortunately for those councilmembers, they get to hide behind the excuses of it “being a personnel issue” and that the discussions “were in executive session.” Dougherty isn’t afraid of the executive session held at Tuesday’s meeting prior to the vote to push him out. He wants the minutes of the session to be made available to the public. As do I, John, as do I.

When you do things behind closed doors, it only leads to speculation. Was there lingering jealousy because Doherty was chosen for the job back in 2013 and one of the councilmembers wants that job? Councilmember Travis Lingenfelter posted “nope” on Facebook Friday.

Was it just personal dislike, as Councilmember Vickie Kress communicated to Mayor Monica Gates – who did not defend the city manager – in an Aug. 16 email about riding with Dougherty to Tucson for the Arizona League of Cities conference?

One thing I have gleaned from reading the most recent batch of emails was that members of council did not like the way Dougherty communicated with some members but not others. Dougherty wrote, shortly after receiving his evaluation, that he was being attentive to that as he forwarded information from one to another.

He wasn’t given the chance to prove he could improve on the expectations council put on him through his evaluation. After a short nine months for some, and five for another, council decided he couldn’t, so they voted not to renew his contract.

When this council has problems getting the things done it needs, you’ll hear Dougherty’s name come up.

They’ve got their scapegoat.