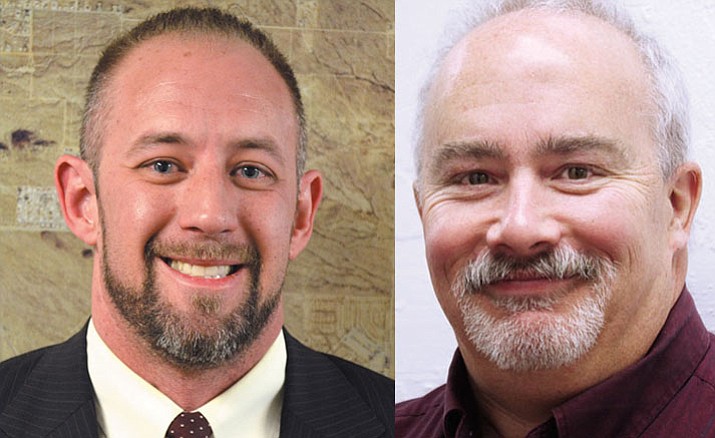 KINGMAN – After an executive session Sept. 19, Kingman City Council voted not to renew city manager John Dougherty’s contract. This decision, which came after a shocking performance evaluation earlier in September, was not surprising to Dougherty.

“Up until the executive session on Sept. 19, I had been assured by the mayor and one councilman that I would be getting a new contract and it was nothing to be concerned about,” Dougherty said.

While little information was provided last week on the evaluation, Councilman Travis Lingenfelter explained his decision making process in a Facebook post Sunday.

“Please understand how difficult of a decision this really was,” Lingenfelter wrote.

Lingenfelter wrote that there were several issues he had to consider, and he had to ask himself what progress the City of Kingman had seen on those issues during the time council had worked with Dougherty, and since Dougherty took the position in 2013.

The first issue Lingenfelter mentioned was the citizen-owned, airport and industrial park. There had been nothing mentioned from Dougherty about demanding performance, up to and including recommending renegotiation or condemnation of the lease agreement with Kingman Airport Authority until the 2016 campaign, Lingenfelter wrote. No actions were taken on the issue until 2017.

A top priority from the fiscal 2018 budget work session that had been laid out for Dougherty was developing a written set of policies and procedures for cash handling in the finance department, in response to the $1.1 million embezzlement case.

Lingenfelter said these policies still haven’t been received by council.

According to his post, Lingenfelter wrote that new revenue streams, the capital improvement projects list, roadway system, public transit system and quality of life in Kingman has remained at the status quo. Progress on a city infill strategy, working with commercial brokers and owners of vacant commercial or retail buildings has also remained at the status quo, Lingenfelter wrote.

The city manager also did not put forth professional recommendations regarding the establishment of an Economic Development Strategic Plan or for the hiring of a professional economic development director, until directed in 2017.

“The (Economic Development) Plan was not supposed to move forward until the economic development director was in place, then it was to proceed in conjunction with the GenK Town Halls,” Dougherty said.

Lingenfelter wrote that Dougherty had not put forward anything comprehensive or substantial to comprehensively revise building code and zoning ordinance to transform Kingman into a “development-friendly” city, and to encourage mixed-use development in key commercial areas and to promote downtown revitalization efforts.

“All I can say in my defense is the city is much better off now than it was four years ago, and I’m very proud of my accomplishments,” Dougherty wrote in an email to the Daily Miner.