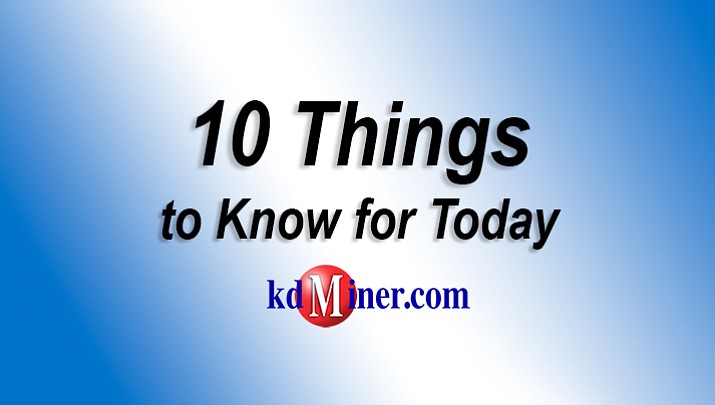 Your daily look at late-breaking news, upcoming events and the stories that will be talked about today:

It would be the first time the Russian leader has been at the White House in more than a decade and come at a time of rising tensions between the two global powers.

Winnie Madikizela-Mandela was an anti-apartheid activist in her own right whose reputation was sullied by scandal.

A 20-year-old Texas man who as a teenager invoked the burdens of his family's wealth as part of his defense after killing four people in a drunken wreck is released from jail.

After announcing an agreement with the U.N. to resettle thousands of African migrants in Western countries, Israel's prime minister suspends the deal.

Democratic Rep. Elizabeth Esty says she won't seek re-election amid calls for her resignation over her handling of a former chief of staff accused of harassment.

U.S. environmental regulators are easing emissions standards for cars and trucks, saying that President Obama set the rules "too high."

8 - WHAT'S GAINING FOOTHOLD IN US SCHOOLS

Cellphones are still absent from most classrooms. But that's changing as administrators increasingly bow to parents' wishes to keep tabs on their kids and teachers find ways to work them into lessons.

Picking jurors for the entertainer's sexual assault retrial is expected to be difficult since it's taking place amid the powerful MeToo movement.

As the NCAA Tournament wraps up, scandal-marred college basketball will begin to wrestle with the changes it must make to keep the sport vibrant.