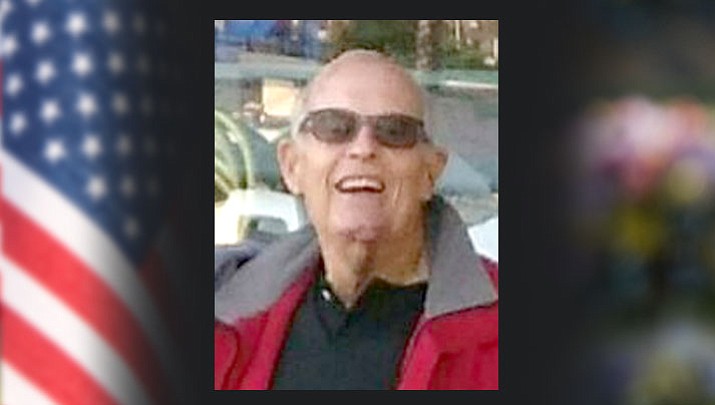 LeRoy spent his early years in Las Vegas, Nevada with his parents, Elmer and Edna, brother Jimmie, and sister Marilyn.

The family moved to Kingman when LeRoy was in junior high school, and he became very active in 4-H, riding horses, and roping. He even wanted to move to Sweetwater, Texas to join the rodeo. He graduated from Mohave County Union High School in 1965, went to college at ASU for a year, and enlisted in the Navy in December 1966.

He did basic training at the Point Loma naval base in San Diego before doing two tours of duty in Vietnam, returning to San Diego in January 1969. A cold February morning 1969 would change his life.

He was driving into Kingman early on a Saturday morning on a weekend pass to visit his family, when he stopped to help a cute girl whose car had broken down. That girl was Christy Nash, and he fell for her immediately. They started dating, got engaged in April, and were married Sept. 6, 1969. They enjoyed 45 years of marriage until her passing in February 2015.

LeRoy and Christy lived on and around the Point Loma naval base in San Diego, where in addition to his naval duties he worked at a gas station, did maintenance for their apartment building, and painted houses to support them. They loved to take their dog for walks on the ocean beach, and Christy would sit on the rocks at Sunset Cliffs to watch the Navy ships come in and out when LeRoy was on ship for maneuvers. LeRoy was honorable discharged from the Navy at the end of December 1970, and they moved back to Kingman in January 1971.

Seven weeks later, their daughter Edie was born, followed by their son Lee in 1973, making their family complete.

LeRoy obtained his real estate license and worked for his dad, Elmer, selling land while building and selling doghouses and sheds at night and on weekends.

His parents generously gave him and Christy a piece of property at the corner of Stockton Hill Road and Northern Avenue where they lived and started a small business that grew from a doghouse and sheds to LeRoy’s Ace Hardware.

He sold the hardware store in 2008, wanting to try new ventures that would allow him to spend more time with his 5-year-old twin grandsons. LeRoy and his son Lee teamed up in 2009 to start Lee’s Uniforms and Embroidery, a scrub, uniform, and custom shirt store.

LeRoy loved people and made friends every day. He always carried around a pocketful of butterscotch hard candies and would give one to every kid he saw. He was committed to the children of our community, serving eight years on the school board, sponsoring sports teams and many other activities, and employing his children, grandchildren (and their friends) and numerous high schoolers over the years. He believed in education and hard work, and was always encouraging the children he met to do both. He thought of so many as his “kids,” telling them to call him “Dad,” and was so very proud watching the same kids grow up, start families of their own, and mentor the next generation.

He was the happiest when he was spending time with his grandsons, Evan and Dylan, stating that being a Papa was “the best thing I’ve ever done.” His love for his family was always first in his mind, and he was always protective of all of them, even from “the wild rhinos”.

LeRoy will be missed by everyone, especially his daughter Edie, grandsons Evan and Dylan, son Lee, sister Marilyn, “Son” John, nieces and nephews, and many close friends.

LeRoy’s family is having a 60s beach party at 4 p.m. Saturday April 7, at the old Elks building downtown to celebrate his life. Everyone is welcome to put on their favorite tropical shirt and share some laughs and memories.