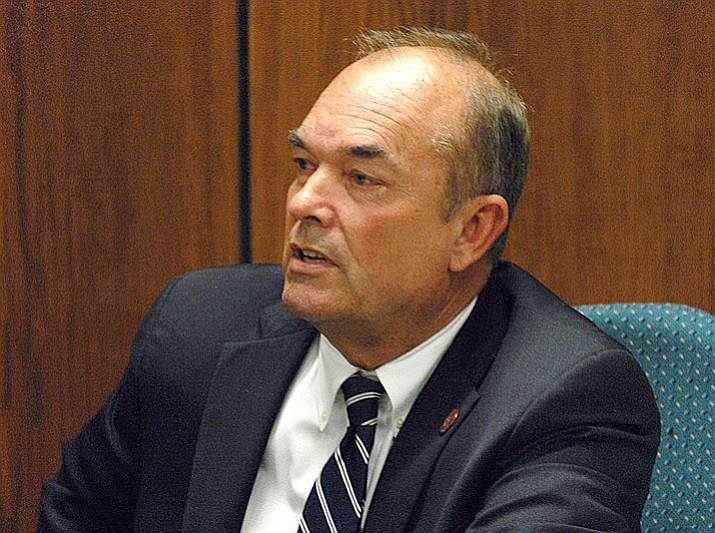 PHOENIX (AP) – Arizona lawmakers who hoped the expulsion of Rep. Don Shooter over sexual harassment allegations would put the issue behind them have been sorely mistaken. The subject continues to dog members of the House of Representatives and Speaker J.D. Mesnard.

The AP filed similar records requests in every state seeking information on sexual misconduct or harassment complaints against lawmakers, as well as any financial settlements.

One complaint was against Shooter and the other against former Rep. Ruben Gallego, now a congressman, who was accused of making a remark in 2013, which was interpreted by a female lawmaker as having an inappropriate sexual connotation. He denied making the comment and the matter was eventually dropped.

Shooter became the first state lawmaker in the U.S. expelled since the #MeToo movement last fall. In mid-October, fellow Republican Rep. Michelle Ugenti-Rita accused him of repeatedly making inappropriate comments. In the following weeks, the former publisher of the Arizona Republic and a number of other women also complained about inappropriate behavior and comments.

Shooter made counter-complaints against Ugenti-Rita, saying she had an inappropriate relationship with a House staffer who later became her fiance and that she made inappropriate remarks herself. An investigator detailed a lengthy pattern of sexual misconduct against Shooter, who denied sexual harassment but acknowledged that he had made "jarring, insensitive and demeaning" comments.

The final pages of the lengthy investigation report focused on Shooter's allegation against Ugenti-Rita. It described "unsolicited, potentially explicit communications" apparently sent to two other people by her then-fiance. She denied knowing about them, and the investigation cleared her.

But some Republican lawmakers called for a criminal investigation and have been pushing for Mesnard to release documents backing up the report's findings about Ugenti-Rita. Republican Rep. Anthony Kern sent letters to the FBI and four state and local agencies days after Shooter's expulsion, seeking an investigation of Brian Townsend, the finance. Others also continue to raise the subject. A move to force a floor vote to force their release failed.

In late March, Mesnard repeated his refusal to release more documents, saying he won't release them or the "sexually explicit communications," barring a court order, in order to prevent further victimization of those who received them.

The day of his expulsion, he said he was being targeted for his work to expose corruption in state government.

He repeated that allegation last week. "Sexual harassment claims were used a as tool to silence and discredit me before I could publicly expose millions of dollars in corrupt state government contracts," Shooter said.