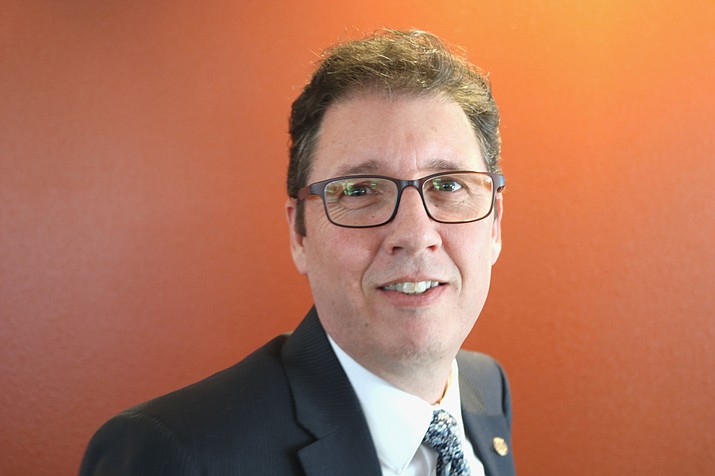 The City of Kingman has entered into contract negotiations with Ron Foggin for the city manager position.

Council will be presented with results from the City’s first water rate study since 2008. Base rates dropped by $2 per user each month in 2013, which has led to negative impacts for the financial outlook of the water system. The system’s sources of revenue, capital renewal and meter connection fees, are not bringing in enough money to fund the five year plan for capital improvement projects. Willdan Financial Services, which preformed the study, will present to Council potential steps the City could take to correct the problems facing the City’s water system. One option is a rate increase.

Staff will provide an overview of the pavement preservation program, giving details on pavement basics, benefits of the program, current status and recommendations for the future. Planned project areas for 2019 will be discussed, as will funding needs. According to the American Association of State Highway and Transportation Officials, every $1 spent to keep a good road in that state prevents having to spend $6-14 to rebuild it if left to decline.

Project scope, which has now been broken into five separate segments, and cost estimates for each will be presented by staff for the Rancho Santa Fe Parkway interchange.

Segment one will run from Louise Avenue to I-40, costing about $1.7 million, and will include constructing a four lane section of road. Segment two is estimated to cost about $21.6 million and entails interchange improvements within Department of Transportation right of way. Segment three will yield another four lane section for I-40 to Santa Rosa Drive, with an estimated cost of $2 million. A two lane interim section will be constructed from Santa Rosa Drive to Airway Avenue in segment four, costing $4.3 million. Section five is an interim two lane stretch constructed from Airway Avenue to Industrial Boulevard for about $6.7 million.

Airway Avenue will also need extended and will cost about $3 million. Total project cost including fees, and design and construction is estimated at about $48 million.

Council may discuss a big ticket option, which allows a city to adopt different tax rates for purchases depending on their costs, specifically expensive purchases. Potential for a supermajority vote for future tax increases will also be brought before Council.

The City has received two bids for the downtown sewer manhole rehabilitation project. Lewis Equipment Services submitted a bit of about $126,000, and Tiffany Construction Company a bid of about $205,000. Staff will recommend to Council accepting the bid from Lewis. The project was created to replace 11 sewer manholes that are deteriorating in the downtown area.

The streets division is requesting $700,000 be transferred from the Transaction Privilege Tax pavement preservation fund to the streets pavement account for the completion of six projects. Total project costs amount to about $1 million. Staff will ask that the contract be awarded to Sunland Asphalt.

Contract negotiations have been completed with Ron Foggin for the city manager position. An annual salary of about $148,000 per year was agreed upon. Staff recommends Foggin be officially appointed to the position.

Council will enter executive session to discuss the airport authority litigation, as well as the litigation against the U.S. Army Corps of Engineers regarding the dross site at the airport.

It will also discuss the litigation against Heinfeld Meech and Company, the City’s auditor from 2001 to 2015. The suit alleges that the company breached its duties in failing to detect inaccuracies in financial statements, among other things, during the course of eight years in which Diane Maxine Richards embezzled about $1.1 million.