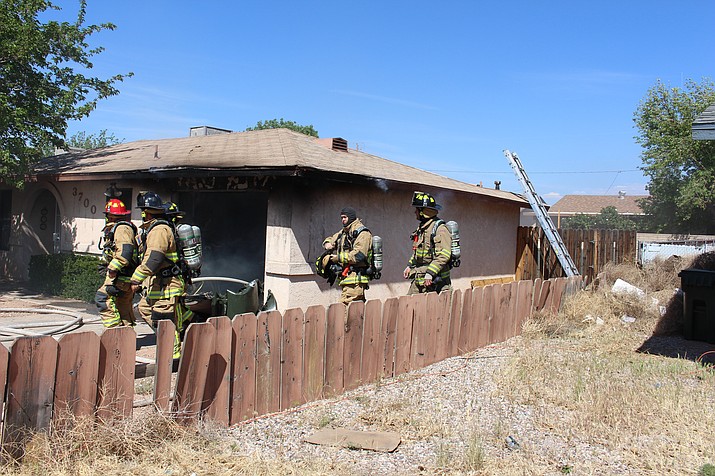 Two engines from Kingman Fire Department and medical personnel responded to a house fire in the 3700 block of Pearl Street Thursday afternoon. KFD Assistant Fire Chief Keith Eaton said crews responded to a report of an explosion in the garage and an ensuing fire. Preliminary information indicates a man was working on his motorcycle when the explosion occurred, fueled by gasoline. He was severely burned and taken to the hospital, and most likely will be flown to the burn unit in Las Vegas. The house fire was brought under control and crews were leaving the scene shortly after 5 p.m. More details will reported when released.