Prep Baseball: Vols to play Thunderbird in 4A State Tournament 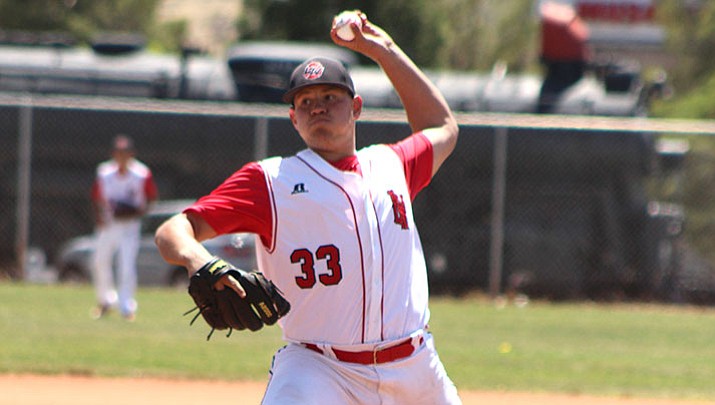 KINGMAN – The Lee Williams High School baseball team will battle a familiar opponent in the first round of the 4A State Tournament. The No. 10-seeded Vols travel to No. 7-seed Thunderbird High for a 4 p.m. contest Saturday.

“We feel pretty confident with who we drew,” said Lee Williams head coach Patrick O’Boyle. “We know they’re a very, very good team and they’re very well-coached. They have a few dynamic kids, so they’re going to be a tough team to play. Obviously when we get this far in the season, every team we play is going to be good.”

The two squads met Feb. 21 in Phoenix with the Chiefs edging Lee Williams 6-4. It was a pitcher’s duel as Matt Bathauer and Thunderbird’s Sasha Sneider combined for 23 strikeouts.

Sneider picked up the win for the Chiefs after yielding three earned runs on six hits with 12 strikeouts and two walks in seven innings of work.

The lone blemish on his start was Mike Bathauer’s solo homer in the top of the fifth that brought Lee Williams within two runs, 6-4.

The Vols couldn’t find their bats after that though and ultimately dropped their season opener.

“If we can limit our strikeouts, put the ball in play a little bit more this time around, continue to play good defense and play good team baseball, we’re going to give ourselves the best chance to win,” O’Boyle said.

Lee Williams also has momentum on its side after picking up its first postseason victory Wednesday in a 6-5 win over Walden Grove.

“We definitely feel more confident after getting that playoff experience,” O’Boyle said. “It helps a lot getting the jitters out. For a lot of our guys, it’s the first time being in the state tournament. That definitely helps having a game under our belt already.”