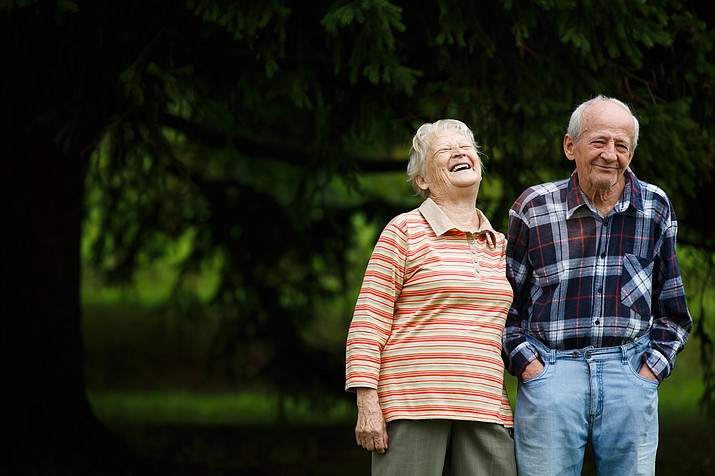 Geezeritis (being a geezer) is a condition rather than a disease, but sometimes that can be called into question. It is inevitable, it happens to almost everyone. The only known way to avoid it is an early demise, which is not really popular. There are numerous palliatives and potions offered to combat it, on television infomercials, all granting miraculous results. The only demonstrable result thus far has been a noticeable lightening of the wallet or purse of those who answer the advertisements.

There are a number of indicators to tell if a person has become a geezer. These are noted here in no particular order. Wives, you can ask a dear friend if you have shown any of these symptoms. Husbands, you already know because the wife will have told you many times over.

Are any of these familiar?

• Hunh? What? Speak up! Stop mumbling and muttering!

• Where the dickens did I put that?

• I know I came in here for something, now what the heck was it?

• I already shaved once this week, why should I do it again?

• Honey, come help me find my glasses, I can’t see to find them.

• Why shouldn’t I wear this, it has just gotten comfortable?

• What do you mean, you feel housebound? We went out just last month.

• It’s OK honey, it’s only our anniversary you forgot ... again!

• Why should we get a new dinette set? This one’s been perfectly good for the last forty years.

• Write it down or you’ll forget it before you leave the room.

• No, I do not like that flavor. That was your first husband.

• Why do we always have to go to gun shows? I’d much rather go shopping.

• It is NOT gossip, it’s just keeping up with current events.

• Can’t we watch something else? Anything other than a chick flick?

• Why were you flirting with that waitress? She’s young enough to be your grandchild!

• My God, woman! You already have more shoes than you can count!

• No, you cannot get another gun! You already have too many!

• When are you going to get rid of that old thing?

• STOP talking politics with your buddies when I am around to hear it!

• Why do you want another of those things? I’ll bet you have some at home already.

• My word! Didn’t that go out of style ages ago?

• Will you put your eyes back in your head? She’s waaay too old to wear that!

• That has to be a hairpiece! I could look like that if I had hair.

Guys and gals, don’t think this was aimed at you. I’ve been taking notes for the last few years when I’m around friends, and it’s almost universal. We old fudds who have lived this long have pretty much the same questions and comments.

The good side of all this is the fact that we have been blessed to have lived this long. Now, ask yourself honestly, when you were young and invincible and handsome or beautiful, did you ever think you’d live to be old? No, of course not! That’s one of the reasons it’s so much fun to make fun of ourselves and to look down our noses at the kids who have no idea what’s waiting for them!

These kids today think they are smart. Ask ‘em if they know what a Hudson or a DeSoto was, or what tutti fruiti was, or who Myrna Loy was.

Here’s where I say, “Hurrah for geezerhood.”

Not everyone gets to live long enough to enjoy it!

Dear Abby: Nonagenarian is eager to share a long lifetime of experiences
The prices we pay
A geezer's life ain't so shabby
How to be a geezer
Thankful for today's marvels, but oh, so thankful for memories