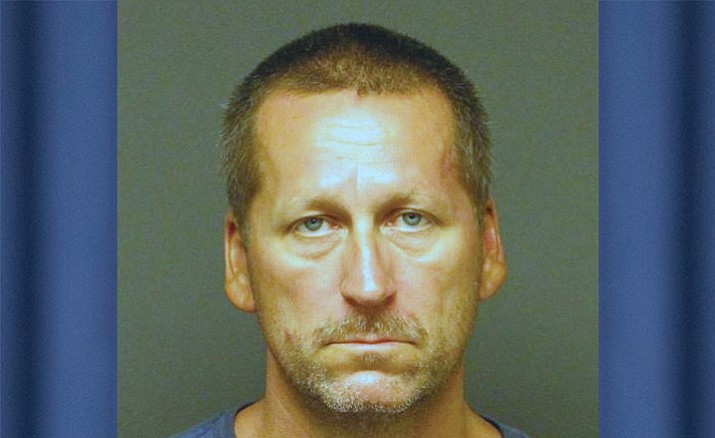 KINGMAN – Robert Allen Grove, 45 of Fort Mohave, was arrested Sunday when Mohave County Sheriff’s Office deputies pulled him over for lack of a working license plate light, and then discovered he had two active arrest warrants.

Deputies pulled over Grove’s gray vehicle, which was traveling east on Corwin Road, once they realized it did not have a working license plate light. A records check revealed two active arrest warrants, and Grove was detained and placed in the deputy’s vehicle. He gave deputies permission to search his car, and, according to law enforcement, admitted to having marijuana in the center console.

Deputies searched the vehicle and found 1.3 grams of marijuana, 2.3 grams of methamphetamine and three glass pipes. Grove was arrested and booked into Mohave County jail on two counts of marijuana violation, dangerous drug possession and drug paraphernalia violation, all felonies, in addition to the two active arrest warrants.