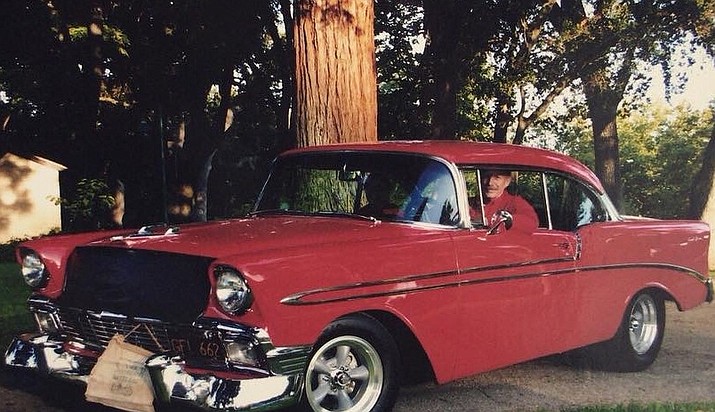 Michael L. Lockwood went to be with our Lord and Savior on August 1, 2018. He was born on January 3, 1948 to Roland and Theresa Lockwood.

Drafted into the United States Army in 1968, Michael did his basic training at Fort Ord, California and was stationed in Korea.

Michael came to Kingman from Lakewood, California and was excited to live on Route 66. A mechanic by trade, Michael’s favorite past time was working on his 1956 Chevy that he owned for 30 years, his 1969 Camaro and his 1940 Ford. He loved street rods, car shows, cruise nights and especially his friends. Michael enjoyed talking about cars and helping others with mechanical problems.

Michael is survived by his wife of 46 years, Deborah, his son David (Michella) and his grandchildren Curtis, Derek and Kaitlyn. He loved spending time with them and his extended “car” family.

There will be a Celebration of Life at a later date. In lieu of flowers, please donate to a worthy medical association in his name.

Thoughts and condolences may be submitted to the family at www.lietz-frazefuneralhome.com To send a card to the family go to www.sendoutcards.com/lietzfraze.