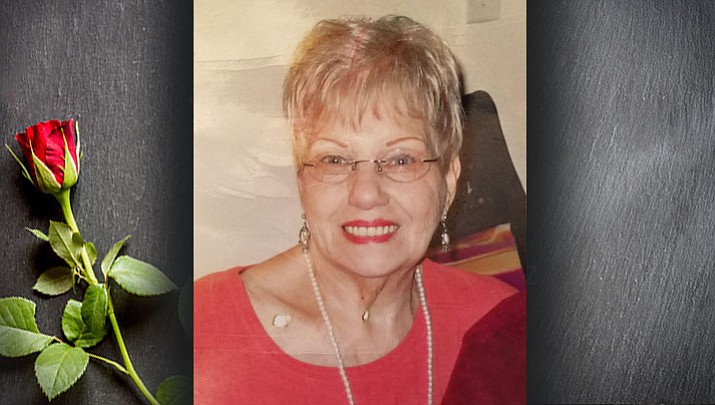 Floretta Mae (Thomas) Henkel, 87, went to be with her Lord and Savior Jesus Christ on Tuesday, July 31, 2018, in Los Alamitos, California.

Floretta, the daughter of Mildred Louise (Jordan) Thomas and Morton Thomas, was born September 6, 1930 in Mattoon, IL. She was preceded in death by her parents, and two brothers (Wilber and Albert Thomas), son in law (Emmett Young) Floretta was married to Kenneth Clark, Ronald Dandurand and Theodore Henkel, all deceased.

Floretta quit high school in her senior year to work at Illinois Consolidated Telephone Company as a telephone operator in Mattoon, IL. Later she was employed at G.E. Lamp Factory in Mattoon.

In 1959 she and her two daughters moved to Whittier, California, where she worked at the Bank of America building as an elevator operator while raising three children and attending classes to get her high school diploma from Whittier Unified High School, class of 1960. In the mid-‘60s Floretta was co-owner of Dandurand Dental Lab in Whittier California. In retirement she loved dancing and spending time with her kids and grandkids that loved her dearly and will forever miss her.

In 1988 Floretta married Theodore Henkel, who was the love of her life. She enjoyed traveling the world with him. One of her favorite places was Germany where Theodore’s family originated. She and Theodore lived in North Corona, California until his death in 1993. In 2001 she moved to Las Vegas, Nevada.

In March, 2015 Floretta moved to Los Cerritos, CA where she resided until her death. She will be laid to rest next to Theodore in Good Shepard Cemetery in Huntington Beach, CA.

Floretta’s favorite color was pink and loved having her picture taken. She will be remembered for her beauty, fun-loving spirit, love of dancing, her love of being with her family and her great faith and love for her Lord, Jesus Christ.

A graveside service with her family and friends will be held on August 31st at 9:30 a.m. at Good Shepard Cemetery. A Memorial service is planned for Sept. 29, 2018 at 3 p.m. at Living Faith Assembly of God Church in Kingman, Arizona.