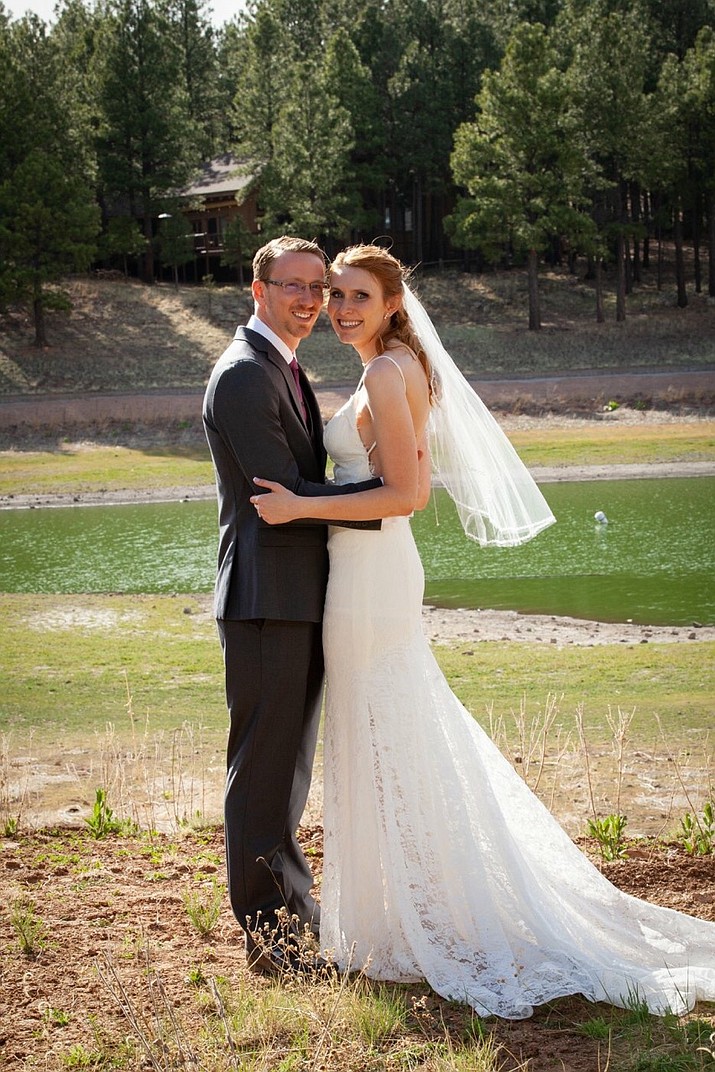 Joel and Audrey Hetrick of Kingman are pleased to announce the marriage of their daughter, Shauna Renee Hetrick, to Benjamin Thomas Brewster, son of Thomas and Kim Brewster of Flagstaff, on May 19, 2018. Shauna, a graduate of Northern Arizona University, works as an auditor for HeinfeldMeech. Ben, also a graduate of NAU, is a financial advisor for Edward Jones. The couple spent their honeymoon in Costa Rica and reside in Flagstaff.