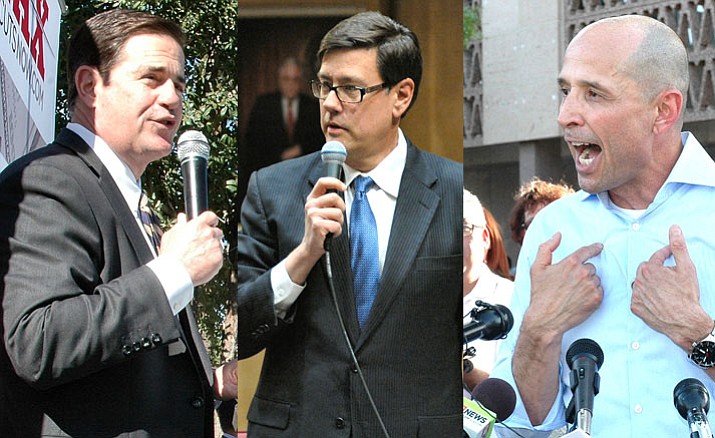 But a new report from the Secretary of State’s Office suggests that Arizona Democrats appear to be more energized this year than Republicans. And that may translate to victories in races that in any other year they could not win.

The latest figures show that for every person who registered with the GOP since March, the Democrats registered more than three.

That doesn’t endanger the lead that Republicans have in Arizona. They still make up nearly 35 percent of registered voters, versus less than 31 percent for Democrats.

And independents, those not affiliated with any of the four recognized parties, still make up about a third, though, their share of the total is dropping.

The surge in Democrat registration in Arizona comes as recent national elections have shown that races in what should be safe Republican districts have proven closer than expected, as some party faithful stay home amid the controversy over President Trump.

That doesn’t mean they’ll vote for a Democrat. But if they sit out the race in November it negates the party’s voter registration edge.

Arizona already has a real-live example of this.

In April, Republican Debbie Lesko managed to defeat Democrat Hiral Tipirneni in a special election to fill the congressional seat in northwest Maricopa County that became vacant after the resignation of fellow Republican Steve Montenegro. But Lesko, a state senator who represented the area for years, managed to pick up just 52.1 percent of the votes cast.

That is significant since the Republicans far outnumber Democrats in the district by a margin of close to two-to-one. And that’s a district that went for Trump two years earlier by more than 20 points.

The push to register Democrats is no more pronounced than in the 2nd congressional district, running from midtown Tucson to the state border south and east.

There, Democrats boosted their numbers between March and now by 2,887.

Ayshia Connors, spokeswoman for the state Republican Party, said that disparity is not surprising.

“They have a lot of catching up to do,’’ she said of the Democrats.

In fact, though, they’ve more than caught up in CD 2 and now have a 3,500 registration edge.

But Connors said the party is not worried, what with still having 150,000 more registered adherents statewide than the Democrats.

“We have a very strong ground game,’’ she said.

“Our momentum is strong, our team is strong,’’ Connors continued. “So we’re very confident we’re going to have success in November.

But not everyone in the GOP reads the new data the same way.

“I think the latest partisan registration numbers are yet the most recent tangible evidence that the energy of the 2018 election is on the center-left of the political spectrum,’’ said Republican consultant Stan Barnes.

Barnes said he has never seen such energy among that group in his 30 years as a Republican.

That’s a really significant concession, given that Barnes, a former state lawmaker, was around when Democrat Janet Napolitano got elected governor in 2002 despite the fact the GOP had 125,000 more registered voters in the state.