Don’t take your children to ‘The Happytime Murders’ 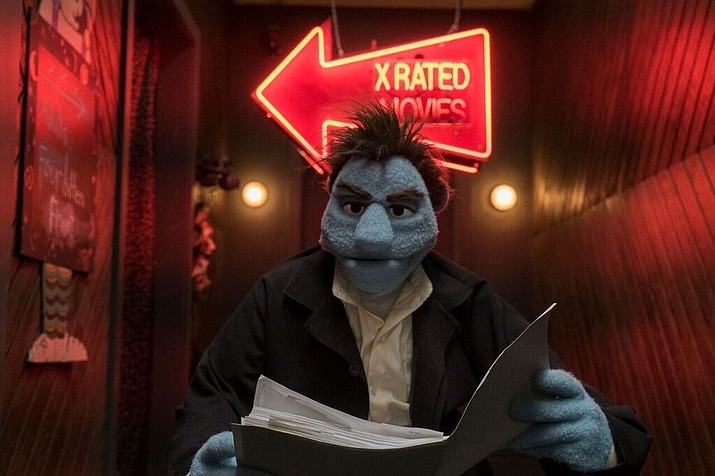 Spoiler Alert – DO NOT TAKE YOUR KIDS.

This film is for a certain viewer: The dark-witted humourist who asks the morose sexual-tinged “what ifs” about beloved cartoon characters. Questions like: Why is Smurfette the only female Smurf and doesn’t date? How are Velma and Wilma happily trotting about in a dirty van with two guys and a dog? What really goes on in the mystery machine after those cases are solved? If you thought “Sausage Party” deserved an Oscar and you’ve watched it more than once, “The Happytime Murders” is for you. For everyone else, enjoy any other cinematic experience aside from this. Your eyes can’t take it.

In some parallel Los Angeles, puppets and humans roam together in hate. Puppets are dismembered, abused and harassed for the amusement of humans. Connie Edwards (Melissa McCarthy) and puppet private investigator, Phil Phillips (voiced by Muppet veteran, Bill Barretta), served on the force together as highly decorated officers 20 years ago. A hostage situation went bad and Connie took a bullet which led to a puppet liver transplant that makes her crave glittery sugar and maple syrup – puppet heroin and whiskey. Now, as a detective, she is teamed up with Phillips to solve the murders of the cast of a defunct puppet show, “The Happytime Gang.”

The plot is not fascinating but you will be too distracted by cracked-out puppets, puppet porn and puppet sex to really notice. Puppet-dalmatian on fire fighter S&M, the carnage of puppet stuffing, “panty pie” and furry puppet genitals will take any of your 80s muppet memories and liquefy them into a perverted alphabet soup. F is for WTF. For fans of “Sausage Party” this is funny enough to get a few chuckles but not as funny as that douche, the buns or “Team America”. Happytime tries to break a mold but is too reserved and too tame to join the ranks of full-throttle puppet raunch and it is too obscene to linger in mainstream view. Aside from all of that, the shock-fest of crafty moments is hilarious for those with a palate that can absorb the most subversive material and chuckle while giving the middle finger to life’s stupid details.

The journey to find the killer is also littered with political and social commentary on bigotry and hate. Specifically, how humans – Americans – lack tolerance for those who look different or have less-than-mainstream levels of strength or weakness. The commentary could have proven compelling but, sadly, those brilliant moments are speckled across a textbook, Movie-Making-101 plot.

This is another mash-up with McCarthy and her husband Ben Falcone in collaboration with Brian Henson, son of “The Muppet Show” (1976) creator, Jim Henson. In fairness, the writing credits go to Todd Berger, who isn’t known for funny or compelling. This film is way better than it had to be but not as great as it could be.

For parents who want to know every element that could forever traumatize your kid if you take them to this movie read https://kids-in-mind.com/h/happytimemurders-parents-guide-movie-review-rating.htm

Raunch Rowsers – 3 out of 4 Puppets

People with a good, dark sense of humor but still want a good plot – 2 out of 4 Puppets