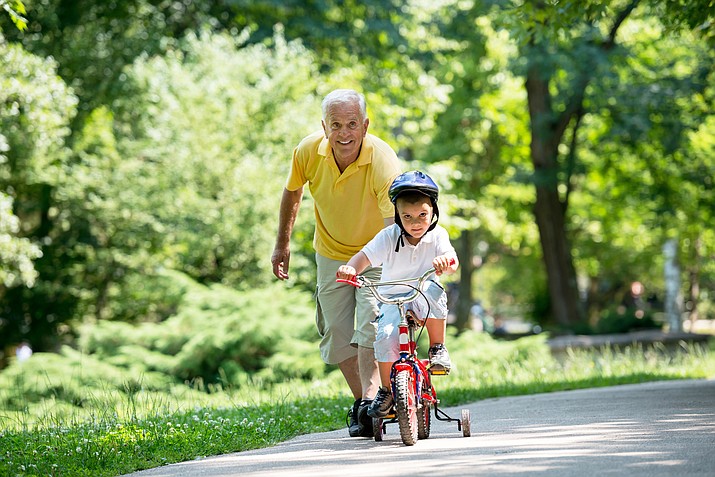 Cat Trobaugh, caregiver/care coordination manager at WACOG, is assisting in the program alongside Janet, a volunteer for WACOG who is a grandparent raising her grandchildren. Janet did not want to give her last name for safety concerns.

Janet takes care after her grandson and granddaughter. Together they enjoy going to the splash pad, playing outside and go to the movies. She enjoys taking care of her grandchildren and took them in because she didn’t want to see them in foster care.

“We don’t want them to take away our kids,” Janet said.

When grandparents take in their grandchildren usually, it’s because the parents are not in a good stage in life. For the safety of the children they are removed from the unsafe environment to a safer one. Their new safe environment can be with a grandparent or a relative willing to take them in.

The support group at WACOG is to bring other grandparents raising their grandchildren together to talk about the challenges they face raising a different generation of children, legal issues, or if they just need a safe space to talk.

For Janet, the legal side of things can be stressful especially on court dates.

“We need an advocate for grandparents. I hate going to court, we don’t say anything, we just sit there, but the tension,” she said.

Trobaugh said grandparents will be given resources about the court system, have guest speakers to talk about the process for Child Protective Services, and any information the grandparents may need.

Although the generation gap doesn’t seem to cause much difficulty for Janet. Now that she is older and wiser, she has learned things she didn’t know when she was younger and raising her own children.

She also knows a few grandparents in town that are in the same boat as her. Through their social circle, they find themselves talking about the same barriers they come across. She hopes other grandparents join her in the support group.

“I just hope people will come. It’s going to be so the grandparents can talk to each other and just say what is going on,” Janet said.