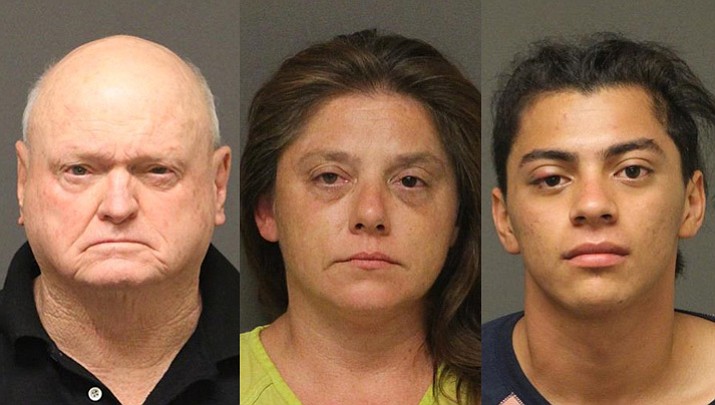 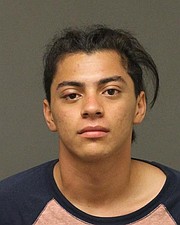 Eduardo Jose Chiguila, 19, of Las Vegas, was arrested by Mohave County Sheriff’s Office deputies at about 12:50 p.m. Friday after law enforcement responded to a vehicle stuck in a wash, which turned out to have been reported stolen.

The reporting party told deputies that a male subject was seen in the vehicle, and a subsequent records check revealed the vehicle was reported stolen out of Las Vegas. Deputies and detectives responded to the area to find a blue pickup truck with the tail end buried in sand with minor damage to the driver’s side.

Marijuana was found in the vehicle, and Chiguila was arrested for theft of means of transportation, and theft and control of stolen property, both felonies. He was also arrested on a misdemeanor marijuana violation. He was booked into Mohave County jail.

Deputies observed the truck at a gas station in the 4800 block of Highway 95 and conducted a high-risk traffic stop. The female driver, later identified as Jermain, a female passenger and a male passenger were removed from the vehicle.

Jermain told deputies that she purchased the vehicle and had recently made the final payment. She was arrested for theft of means of transportation, a felony, and booked into Mohave County jail. The passengers were released from the scene. 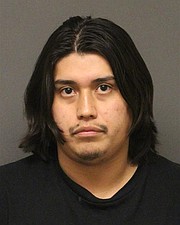 The Mohave County Sheriff’s Office had K9 help in arresting Johnny Velazquez, 24 of Reseda, California, on numerous felony drug charges after deputies observed a vehicle traveling 85 mph in a 75 mph zone and leaving its designated lane at about 7 p.m. Friday.

Law enforcement used radar to clock the silver vehicle going 15 miles over the speed limit. Deputies moved behind the vehicle and observed it swerve into other lanes several times, at which time a traffic stop was conducted. The driver, later identified as Velazquez, was removed from the vehicle for questioning.

According to the sheriff’s office, Velazquez gave deputies nervous indicators which led to the deployment of a K9 unit that indicated illegal drugs were inside the vehicle. Upon searching the vehicle deputies reportedly found 1109 ML of marijuana oil, 761 grams of marijuana, 135 grams of marijuana wax, 411 grams of THC gummy candies, 1 gram of methamphetamine, marijuana seeds, 4 ounces of THC syrup, a firearm and $500 cash.

John Bill Williams, 71, of Kingman, was arrested Friday on a felony charge of disorderly conduct with a weapon and four misdemeanor DUI charges.

Police responded to a disturbance at a bar in the 300 block of Andy Devine Avenue where a man had reportedly pointed a gun at a group of people.

The suspect drove away before officers arrived. His vehicle was seen and stopped near Fairgrounds Boulevard and Andy Devine Avenue.

Williams was heavily intoxicated and in possession of the handgun, according to the police report. He admitted to the offense at the bar and was taken into custody. His blood-alcohol content exceeded .20 percent.