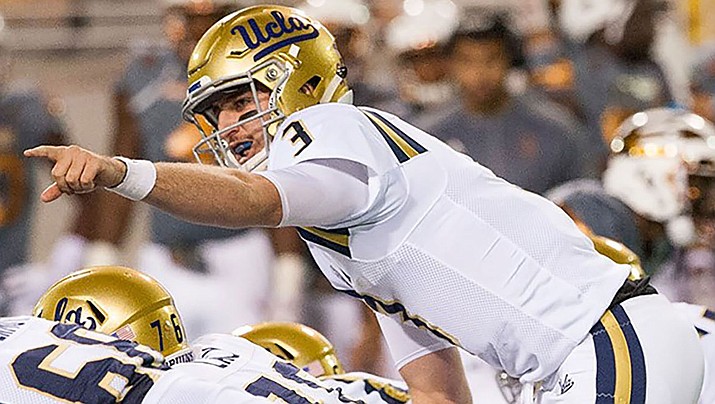 TEMPE (AP) – Josh Rosen wants to play, but the rookie quarterback needs the go-ahead from his head coach before he can suit up and take snaps in the Arizona Cardinals’ preseason finale.

That isn’t likely to come until before kickoff Thursday, when Arizona hosts the Denver Broncos.

Rosen threw sharp passes in practice Tuesday, the thumb injury that kept him out of Sunday’s game against Dallas not appearing to bother him. Rosen slammed his thumb into a helmet during practice last week.

With starting quarterback Sam Bradford not likely to play much, if at all, Rosen might be in store for a couple of series against the Broncos if it’s determined he will play.

“He didn’t have a problem as far as taking it underneath the center, the snap,” Wilks said. “I thought his execution was on point, so it’s still up in the air whether I want to play him. I want him to go through the week and see how he feels, and I’ll make that decision on game day.”

The issue for Wilks is trying to find a balance between getting the rookie first-round pick more game action and trying to keep Rosen from re-injuring his thumb.

After some struggles in no small part due to poor offensive line play in his preseason debut Aug. 11, Rosen looked sharp in the Cardinals’ second preseason game at New Orleans.

He was 10 of 16 for 107 yards and a touchdown while leading three scoring drives.

Wilks said he would like Rosen to play since he missed a game and therefore an opportunity to see another NFL defensive scheme.

“As a rookie, the more and more you see different looks, particularly a 3-4 defense, I think it’s important because he’s going to be able to see that throughout the year,” Wilks said.

Rosen looks ready to be the Cardinals’ backup quarterback when the regular season begins even if he doesn’t play this week, Wilks said.

Rosen wants to continue to improve and get more comfortable.

“Just continue to feel the pocket, get behind center, call a cadence and call plays,” Rosen said.

Wilks said roster spot battles continue, specifically citing wide receiver and cornerback, which he said will “go down to the wire.”