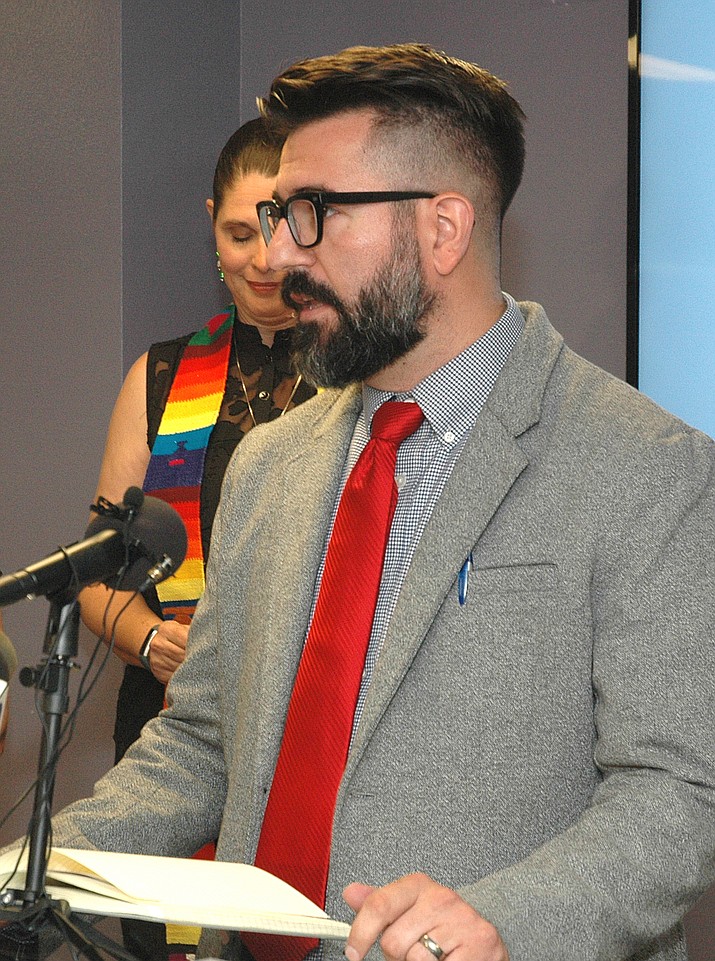 PHOENIX – Arizonans will not get a chance to decide whether to hike taxes on the rich to generate more money for education.

In a brief order Wednesday, the Arizona Supreme Court said petition signers were not informed that the measure would do more than increase the tax rate on those earning more than $250,000 a year. It also would eliminate the indexing of income tax brackets to account for inflation.

Chief Justice Scott Bales, writing for the court, said a majority concluded that omission “creates a significant danger of confusion or unfairness.’’

The ruling is a significant setback for the education community, and not just because it means there will not be a dedicated revenue stream for public education. There were hopes that having this measure on the ballot, coupled with Proposition 305 which is a referendum already on the ballot over expansion of vouchers, would bring out voters who also would support candidates willing to put more money into public schools.

“I hope that people don’t go, ‘Oh, this isn’t on the ballot, I’m not going to participate in November,’” said Joshua Buckley, chairman of the Invest in Ed initiative. “I’m hoping that educators and public school advocates are still fired up.’’

Buckley, a government and economics teacher at Red Mountain High School in Mesa, said it’s important for voters to remember that the long-term prospects for improving education funding go beyond the fate of a single ballot measure.

Wednesday’s ruling is a victory for the Arizona Chamber of Commerce and Industry which led and financed the legal fight to block a public vote.

Organization president Glenn Hamer argued that hiking income taxes on the wealthiest Arizonans “would just create a drag on the state’s overall economy.’’ And he said that if the state targets the rich, many would just choose to move elsewhere.

That question is now academic.

There is no dispute that the main provision of the measure would have imposed an 8 percent state income tax on earnings of more than $250,000 for individuals and $500,000 for couples. That compares with the current 4.54 percent rate.

And there would be a 9 percent tax rate on anything over $500,000 for individuals and $1 million for married couples filing jointly.

Proponents estimated that the additional revenues would generate about $690 million a year for public education.

In crafting the language for those new tax brackets, the initiative spelled out the rates for all of the brackets. That’s where the problem arose.

In doing so, it reset the cut points between brackets to where they were in 2014 before the Republican-controlled Legislature voted to index the brackets each year, a move designed to ensure that those whose income went up no faster than inflation did not end up in higher tax brackets.

Legislative budget analysts said the immediate impact of repealing indexing would be a $49 million hit to taxpayers, most of them making far less than the new $250,000 cutoff.

Potentially more significant, the language would eliminate future indexing and the inflation protection that is supposed to come with that.

Attorney Jim Barton argued, unsuccessfully, that the wording of the initiative really would leave indexing in place.

That paved the way for the Supreme Court to take a closer look at how the initiative was described to the approximately 270,000 people who signed the petitions to put the issue on the ballot. And Bales pointed out that the change in indexing was never mentioned in the legally required 100-word description that must accompany each petition.

“The description is inadequate under the statute,’’ the chief justice wrote.

In tossing the measure from the ballot the justices sidestepped the thorny legal question of the validity of a 2017 law which says that initiative petitions must be in “strict compliance’’ with all election laws. That was designed by GOP lawmakers, at the behest of the Chamber of Commerce, to override prior court rulings, which said people proposing their own laws need only “substantial compliance’’ and minor technical errors should not keep an issue off the ballot.

The judge said he reads the Arizona Constitution to provide voters with wide latitude in being able to enact their own laws. And that, Smith said, means lawmakers cannot tinker with it.

“Legislation requiring strict compliance with every statutory provision regarding initiatives unconstitutionally infringes on separation of power and fundamental rights under the Arizona Constitution,’’ he wrote.

Bales, in ruling the measure off the ballot on the issue of that description, said it was not necessary for he or his colleagues to review the issue.

But that decision does not mean the justices agree with Smith’s conclusion.

Trial judges who reviewed two other ballot measures – one on “dark money’’ and the other on renewable energy – reached the opposite conclusion and found the “strict compliance’’ standard to be constitutional. But in those rulings, too, the justices decided the fate of both measures based on other issues and left the question of the legality of the standard for another day.