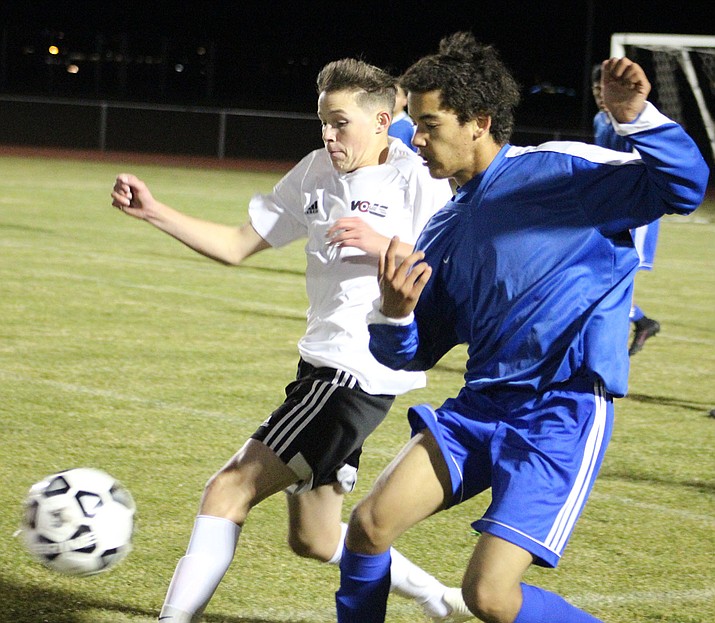 KINGMAN – No one wants to play to a tie, but it appeared that would be the case Monday night. 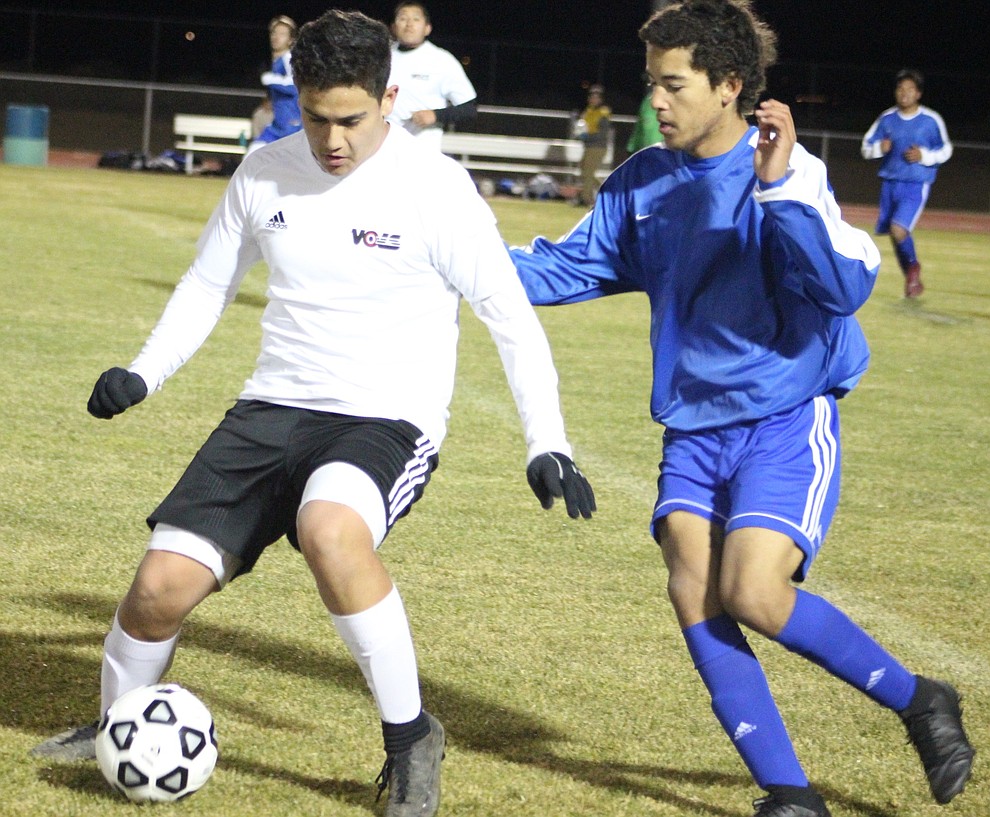 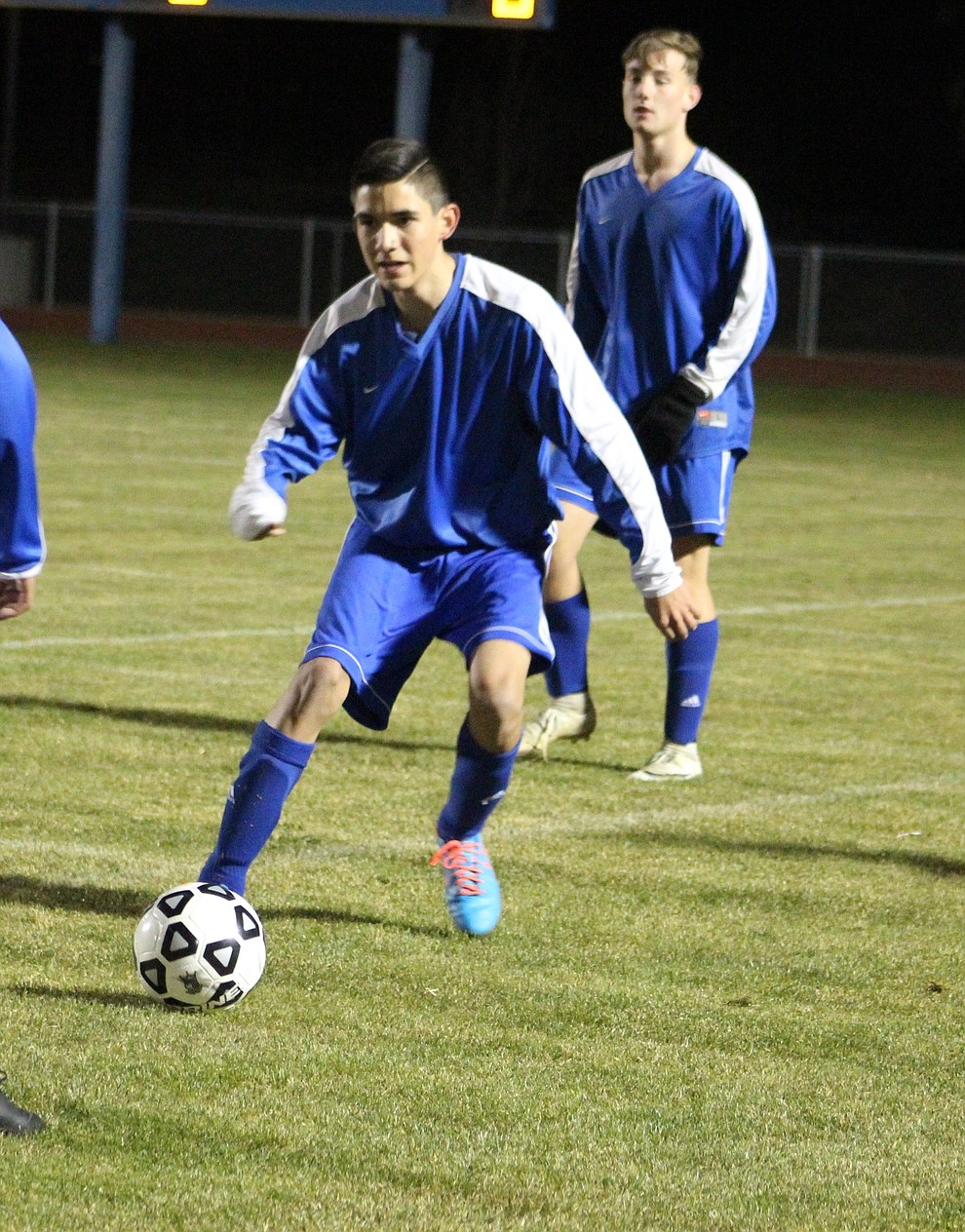 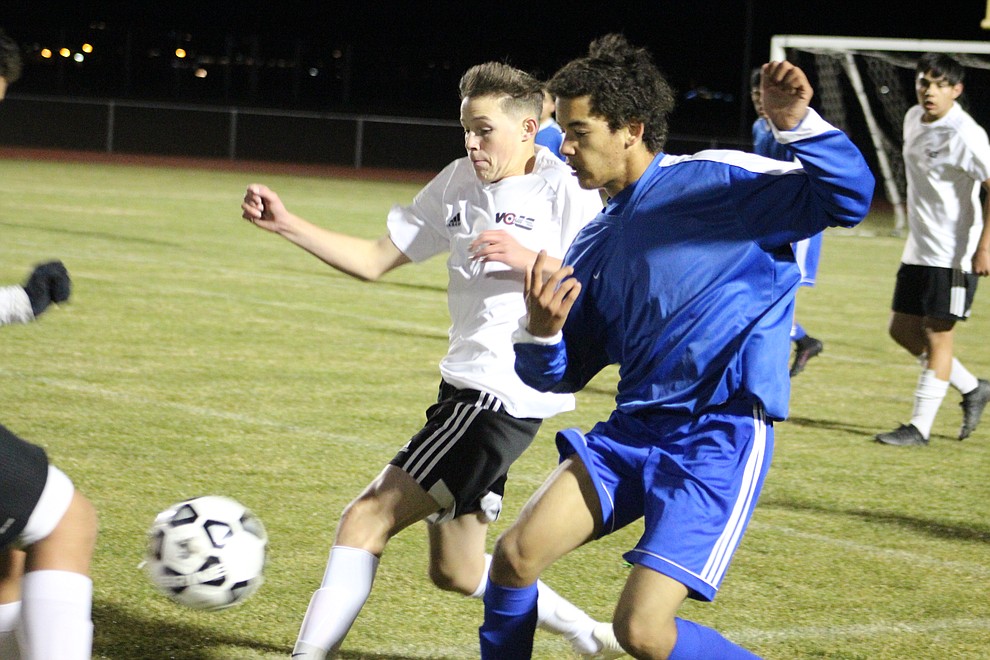 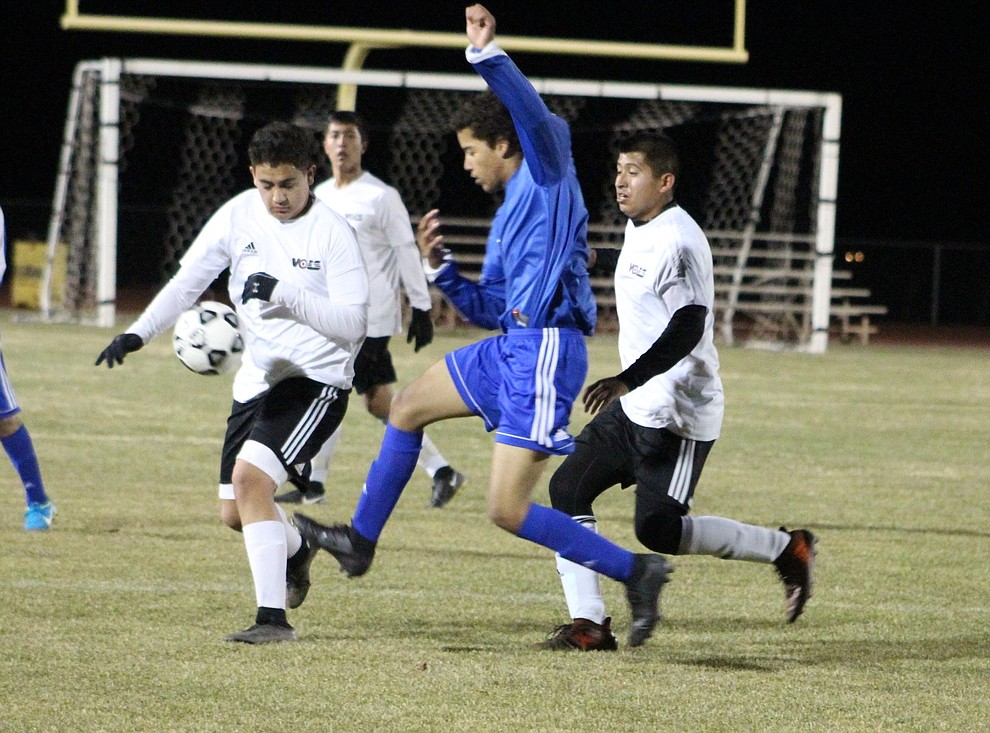 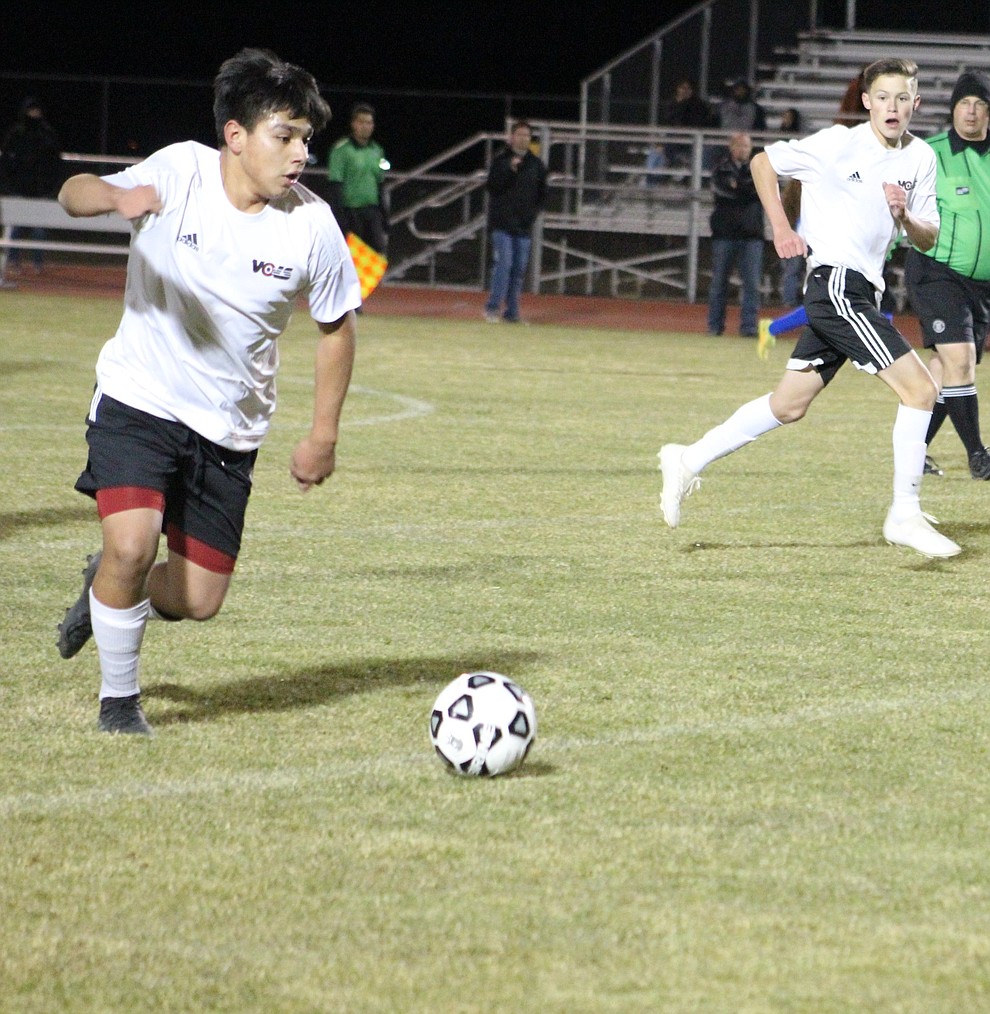 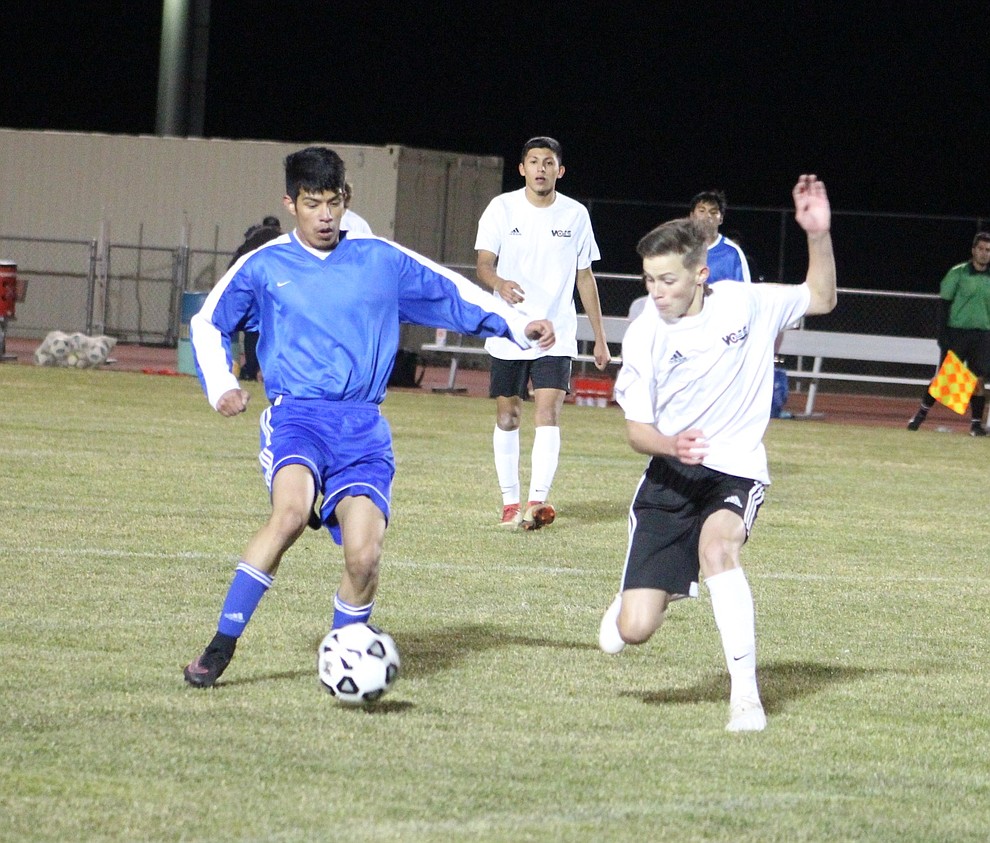 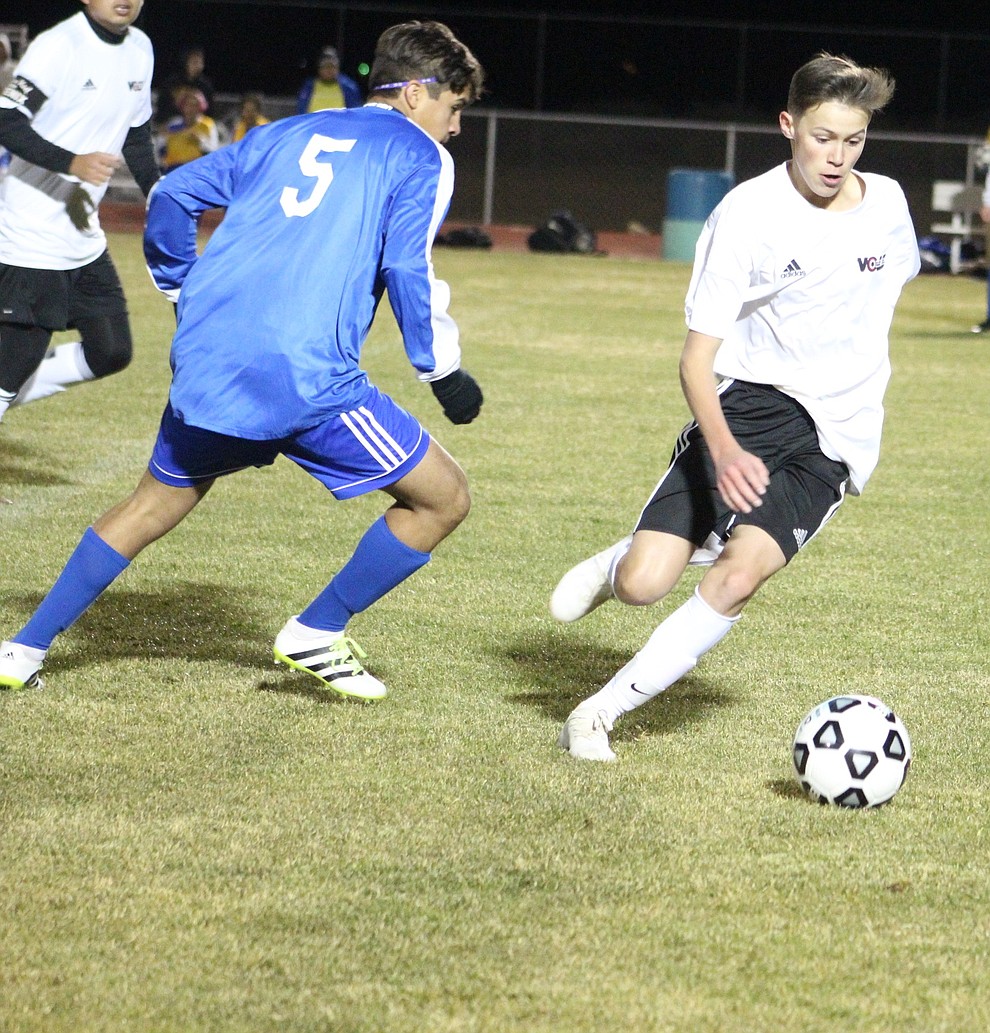 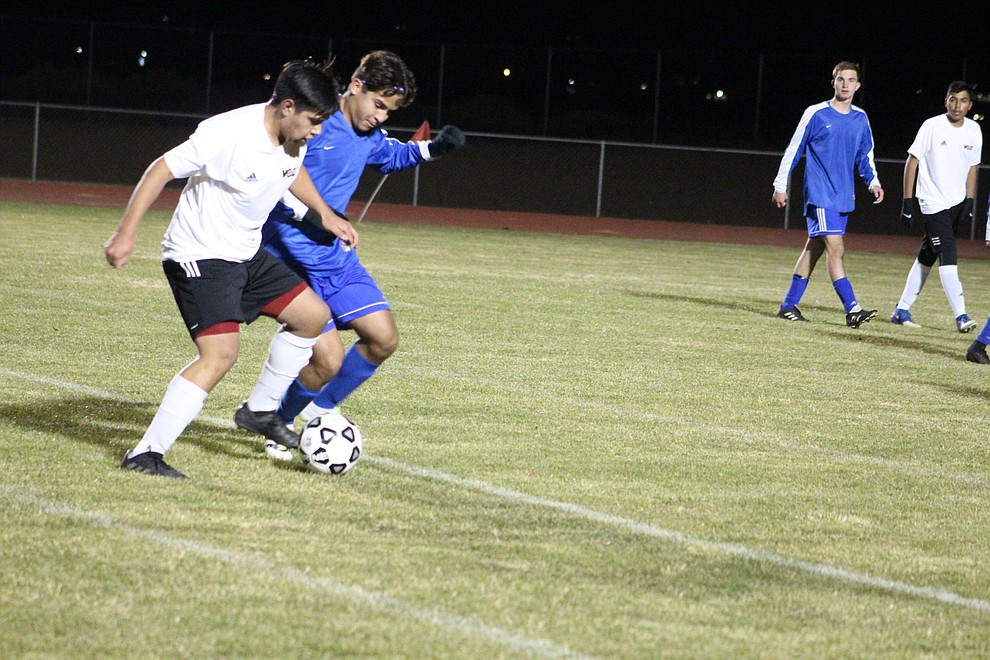 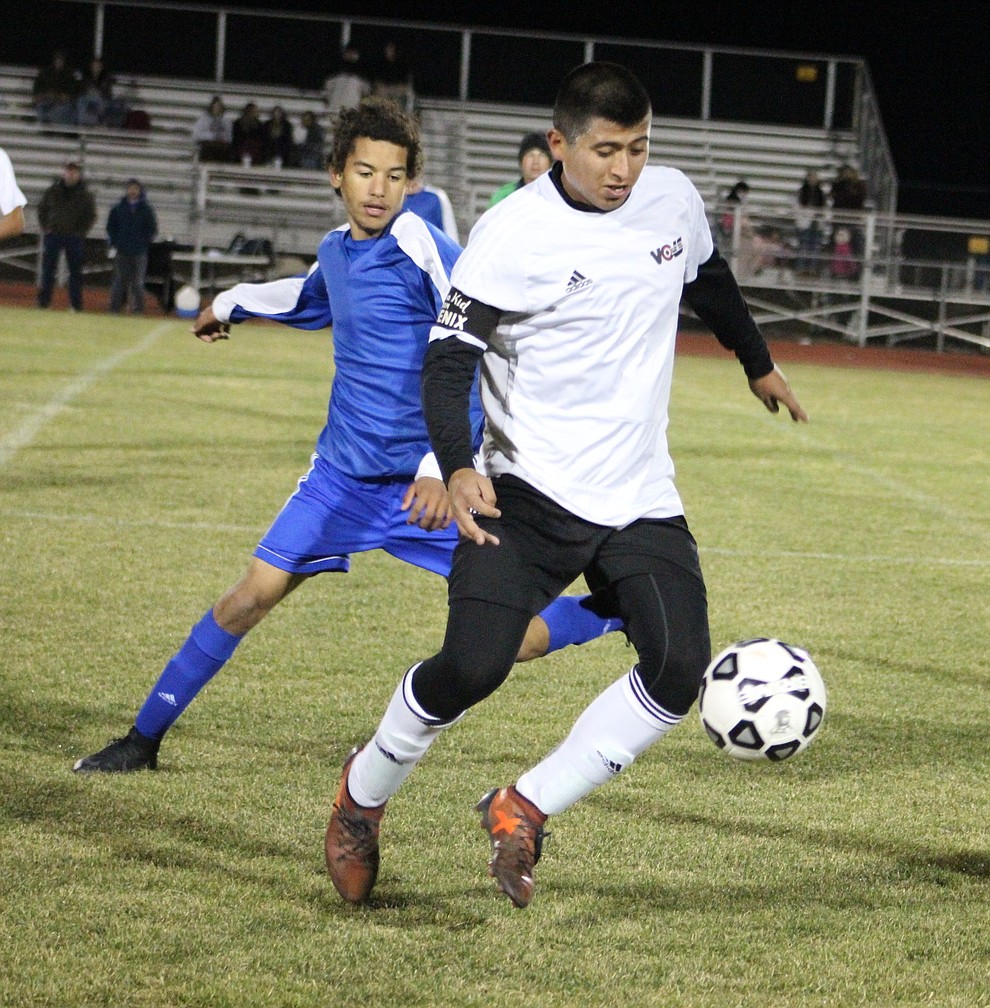 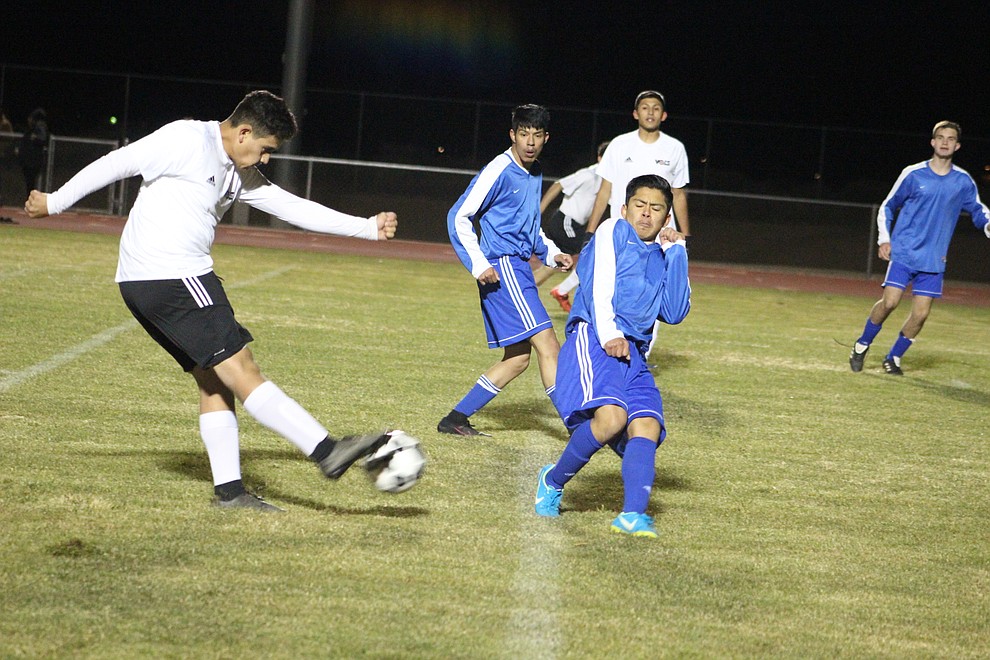 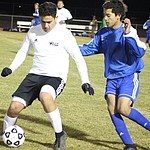 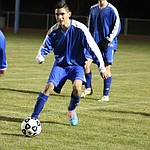 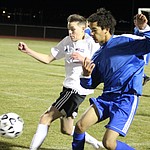 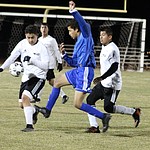 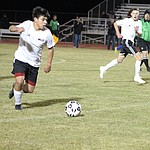 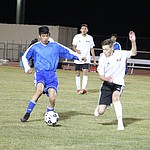 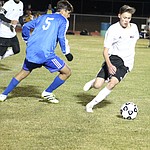 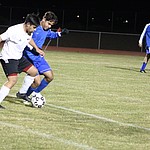 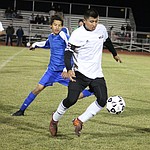 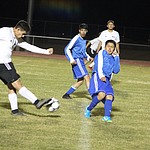 That was until TJ Cabonovich found his chance and cashed in with the game-winning goal to give the Lee Williams High School boys soccer team a thrilling 3-2 double overtime victory against Kingman High at KHS.

“TJ came over and said, “Coach, I’m going to score a goal – put me in,’” said Vols head coach Michael Bertelsbeck. “We put him in and he did some good things there in the extra time and provided some opportunities for us. He ended up finding the net at the end of the day.”

Cabonovich’s goal couldn’t have been possible without a great assist though.

Gabe Otero sent a strike toward the net and Cobanovich scored with 1:59 remaining in the second overtime. The Bulldogs tried to tally the equalizer, but fell short in the little time they had.

However, overtime may not have happened if Jahir Boo’s goal early in the second half wasn’t reversed due to an offside call.

“(The referees) called it a goal and then called it back,” said Kingman head coach Kevin Roberts. “The whole field saw that it was a goal. The coaches are pretty disappointed about that.”

Meanwhile, Bertelsbeck felt the right call was made after the head official spoke with both side referees.

Even though it was a tough break for Kingman, the Bulldogs did put up a great defensive effort and that resulted in a competitive match.

“It’s always getting back until the play is out,” Roberts said of the defense. “That’s the important thing – making sure we’re playing defense until that ball is out of bounds. They did a great job, especially Nick Williams’ save.”

The Bulldogs also jumped out to an early start offensively – tallying consecutive goals in the first 14 minutes. Juan Ipina scored first with 35:16 remaining in the first half and then Boo gave Kingman a 2-0 advantage at the 25:59 mark.

Otero put the Vols on the board with 2:30 left in the opening half, and Kingman led 2-1 at halftime.

The second half was a back-and-forth affair until Lee Williams’ Angel Larios found the back of the net at the 28:13 mark.

“I’m super proud of the way the guys pulled together and notched that one to tie the game up,” Bertelsbeck said of Larios' goal. “I couldn’t be more proud of their resiliency and the way they bought in to come back.”

The Vols (2-0) and Bulldogs (1-2) travel to Lake Havasu Thursday for the Mohave County Tournament.