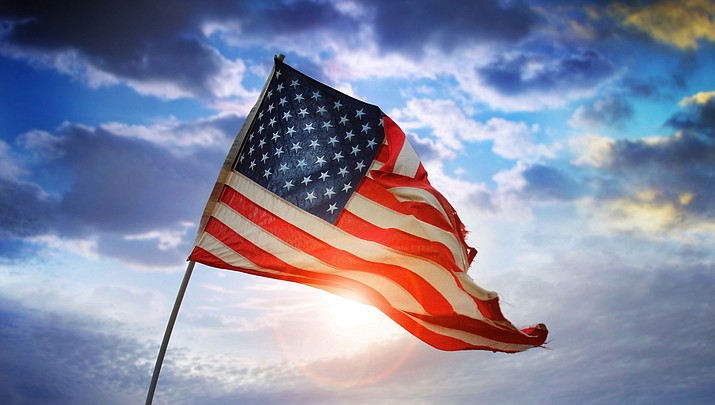 KINGMAN – Veterans of Foreign Wars Post 3516 will memorialize Pearl Harbor Day with a four-gun, 12-round salute at noon Friday at the post, 2826 Wikieup Ave.

Members of the VFW will fire three blank shots from M1 Garand rifles.

VFW Post Adjutant Dave Gossage said he received a permit for the burn, and fire inspectors were scheduled to come by Thursday to make sure there’s no flammable materials nearby.

The VFW has two boxes with about 40 flags that will be incinerated in a 55-gallon drum. The Boy Scouts from Golden Valley are also bringing flags they’ve collected for retirement.

Flag “retirement” is the term used to define the proper and dignified way of destroying U.S. flags that are no longer fit to fly.

According to Title 4, Section 8k of the U.S. Flag Code, “The flag, when it is in such condition that it is no longer a fitting emblem of display, should be destroyed in a dignified way, preferably by burning.”

“They’re worn beyond service,” Gossage said of the flags. “They’re ripped and torn from the wind.”

Pearl Harbor Day is observed annually to remember and honor the 2,403 U.S. citizens who were killed in Japan’s bombing of Pearl Harbor in Hawaii on Dec. 7, 1941, launching the United States into World War II.