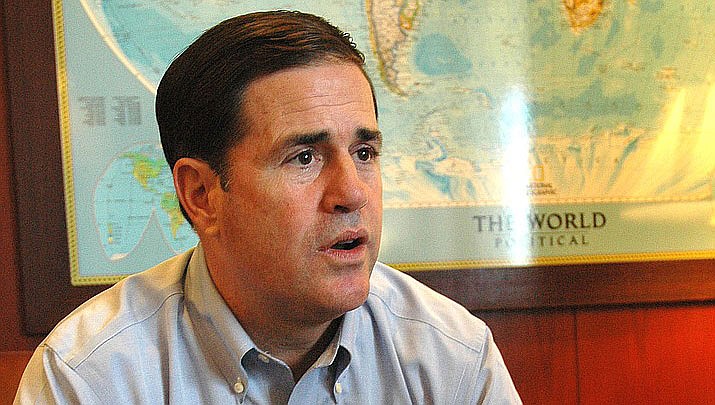 PHOENIX — Gov. Doug Ducey on Wednesday ordered that flags on state buildings be lowered to half-staff to honor a U.S. Marine from Arizona who was among six killed in an air collision last week of Japan's south coast.

Those killed included 27-year-old Staff Sgt. Maximo A. Flores from Surprise. Flores served nine years in the Marine Corps and is survived by his wife.

Ducey ordered that flags at all state buildings be lowered to half-staff from sunrise to sunset Wednesday and his office said they'll also be lowered on the day of interment, which has not been set.

Search and recovery operations have ended after finding only one survivor, who was aboard the fighter jet. Five of those killed were on the KC-130 and the other was on the fighter.