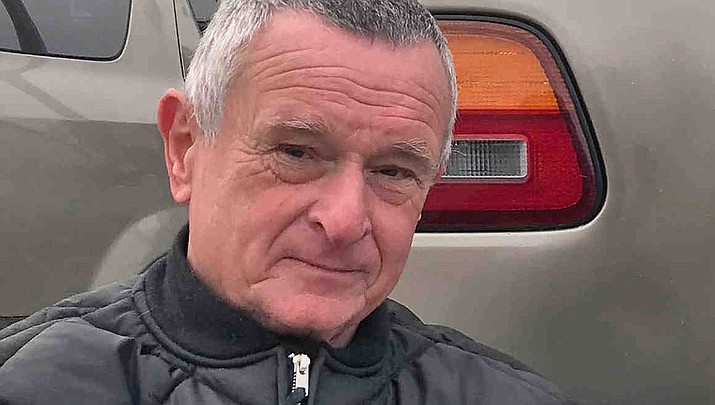 Should it be a crime to call public officials corrupt? Yes, according to the police in Exeter, New Hampshire. Earlier this year, they arrested a local man for writing a comment on a news website accusing Police Chief William Shupe of covering for a corrupt officer.

Robert Frese was accused of violating New Hampshire’s criminal defamation law, which makes it a misdemeanor to intentionally and falsely disparage another person. New Hampshire’s law – and others like it in 24 other states around the country – literally make it a crime to say mean things about people.

These laws have no place in modern American democracy. That’s why we filed a lawsuit Tuesday in New Hampshire federal court arguing that criminal defamation laws violate the First Amendment.

Frese was arrested after he posted comments to a Seacoast Online article about a retiring police officer. Frese had a number of issues with the officer and accused him of misconduct. He also wrote that Chief Shupe “covered up for this dirty cop.” A few weeks later, the Exeter police filed a criminal complaint against Frese. The complaint said that Frese “purposely communicated on a public website, in writing, information which he knows to be false and knows will tend to expose another person to public contempt, by posting that Chief Shupe covered up for a dirty cop.” The police ultimately dropped the charges – after the ACLU of New Hampshire spoke out against Frese’s prosecution.

There’s a long history of law enforcement officials using defamation laws to silence their critics. Under English common law, the crime of “seditious libel” prohibited criticism of the government because it could lead to insurrection. And in the Sedition Act of 1798, Congress criminalized false statements criticizing the federal government.

But, as the Supreme Court recognized in a landmark 1964 decision, New York Times Company v. Sullivan, the First Amendment was meant to repudiate the whole notion of seditious libel. In that case, an Alabama police commissioner sued The New York Times for defamation after it published an advertisement describing police department actions against civil rights protesters.

In its decision upholding the newspaper’s First Amendment rights, the Supreme Court recognized the “profound national commitment to the principle that debate on public issues should be uninhibited, robust, and wide-open, and that it may well include vehement, caustic, and sometimes unpleasantly sharp attacks on government and public officials.”

Of course, freedom of speech does not give anyone the absolute right to spread malicious lies about their fellow citizens. That’s why our laws allow people who have been slandered to file civil lawsuits for money damages.

Time has shown that civil lawsuits are fully capable of addressing the harms caused by defamation, which is why criminal defamation prosecutions became increasingly rare over the course of the 20th century. But in states that still have criminal defamation laws on the books, public officials still use them to prosecute their critics.

For example: The editor and publisher of a small newspaper in Kansas were convicted of criminal defamation after the paper published an article suggesting that the mayor lived in another county and was therefore ineligible for public office. A Massachusetts woman was convicted of criminal defamation in New Hampshire after she claimed that a coffee shop’s employees spit in police officers’ coffee. And a Kansas man was charged with criminal defamation after he posted a yard sign criticizing his local government’s inaction on a water drainage problem; the lawsuit was dropped after the ACLU got involved.

It’s important to note that a disproportionate number of criminal defamation convictions have involved politicians and law enforcement officials. This is no coincidence. Whenever people in power are given a tool to punish critics, you can bet they’ll be sorely tempted to use it. As a result, criminal defamation laws are often used to punish political speech lying at the heart of the First Amendment, just like the old seditious libel laws.

The Exeter Police Department’s criminal complaint against Frese is a textbook example of the use and abuse of criminal defamation laws. Someone who has had a history of trouble with the police went to the internet to air his grievances, and the police department itself decided to prosecute him

This is absurd, and it’s a telling reminder of what happens when law enforcement is given the power to crack down on expression. It’s time we toss criminal defamation laws into the dustbin of history, where they belong.