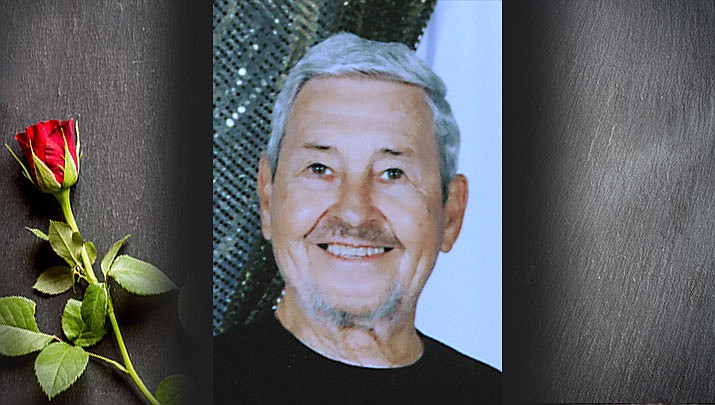 Donald Keith Vawter was born Dec. 9, 1938, in Bedford, Iowa and died Dec. 11, 2018. He graduated from Bedford High School in 1957 going on to Lackland Air Force Base in Texas. He attended Northwest Missouri State University in Maryville where he played football for the Bearcats.

He married Wauneta Wolf in Iowa and they have two daughters, Nancy and Debbie. He started working for a car dealership in Pueblo, Colorado in the 1960s before moving to San Diego, California, where he worked for Chrysler Corporation. He was the lucky employee to deliver a Dodge Charger to every Chargers football game, and it was then he became a San Diego Chargers fan. During this time with Chrysler he serviced Andy Devine’s car, delivered a car to Doris Day and was on John Wayne’s yacht. He left Chrysler Corporation and California in the late ‘70s when Lee Iacocca was brought in as CEO. Don then went back to Iowa to take over his dad’s farm in Bedford. During his farming days, he was approached by a local banker and asked to be an agricultural lender at a local bank, and it was then his banking career started.

In 1993 he moved to Kingman to open a branch of Mohave State Bank, and in 2007 he opened the second branch of MSB on Hualapai Mountain Road. Don was known to many as “My Banker,” and MSB was referred to by many as “Don’s Bank.” He loved his banking profession and finally retired in 2016. His retirement days were filled with gardening, cooking and being Cindy’s “delivery boy” for their embroidery business.

Throughout the years, Don was an active member and served on the boards of Kingman Area Chamber of Commerce, Kingman Airport Authority, River Cities United Way, KRMC Foundation, Kingsmen, St. John’s United Methodist Church and was a Soroptimister. He was an honorary member and past president the Route 66 Rotary and looked forward to those early morning breakfasts with Chaz, Tom, Gregg, Bill and gang. He was a three-time Andy Awards winner, in which he was very proud.

His greatest pleasure during these past years was serving on the KHI board as vice chairman. Don loved serving as a board member and was passionate about KRMC and the role it played in improving the quality of life for Kingman area residents. He felt privileged to represent KRMC in the community and absolutely loved talking to the KRMC volunteers and thanking them for what they do. He looked forward to visiting with Adja in the gift shop every Friday after Rotary.

He was diagnosed with prostate cancer in February 2016 and continued to carry on a normal lifestyle with the help of KRMC Cancer Center and then KRMC Hospice. Don had two favorite sayings, “it is what it is” and “it’s a long way from my heart,” and he would use these frequently when referring to his “illness”.

Don was preceded in death by his parents; Merrill and Mabel (Wright) Vawter. He is survived by his wife of eight years; Cindy, daughters and son-in-laws; Nancy and Charles (Chuck) Trimble of Cheyenne, Wyoming, and Debbie and Ted Steiner of Tucson, Arizona, grandsons; Charles (Trey) Trimble and Braden Steiner; stepchildren and grandchildren; Amber, Jared and Olivia Lohrman, and Amanda, Jasen, Dakota and Jacob Aguilar, all of Lake Havasu City, sister and brother-in-law; Delores and Wes Hart of Shenendoah, Iowa, mother-in-law; Elaine Grenz, and brother-in-law; Gail Grenz of Kingman, Arizona.

Don’s travels took him many places, but he loved Alaska and, most of all, Tanzania, Africa. On his first trip to Tanzania he met Modest and Lightness Bayo and visited the school they started. Because of the Bayos’ heart to help children and Don’s love for the people of that country, he and Cindy started a nonprofit organization, H.O.P.E. Now, Inc., to benefit the Lake Eyasi Girls Vocational School. Don wished to be cremated and go “one more time” to Tanzania, Africa. A private memorial ceremony in Tanzania is planned in February to fulfill this wish of his. A remembrance gathering will be held in March in Kingman. He suggested if people desired to remember him, memorial contributions be made to H.O.P.E. Now, Inc. (4081 Roma Rd., Kingman, AZ 86401) to go toward a well for the girl’s school in memory of him.

Don did not know a stranger, was a well-respected pillar of the Kingman community, and will be missed by many, many people.