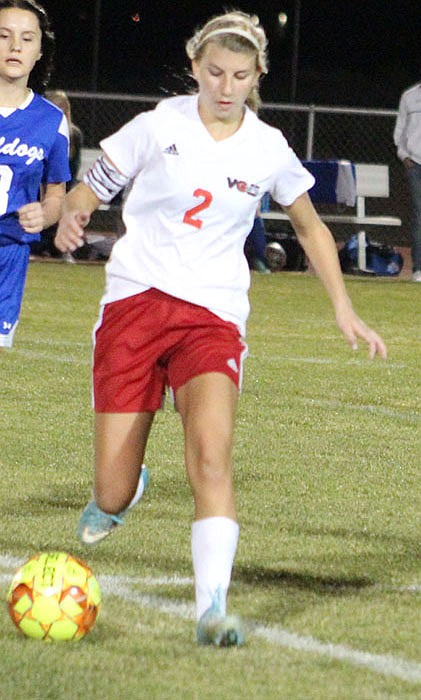 KINGMAN – The Lee Williams High School girls soccer team was missing some athletes against Wickenburg, but that didn’t stop the Lady Vols from notching their first shutout of the season in an 8-0 victory.

“We were a little short-handed with 5 injuries, but the remaining girls stepped up and played great,” said Lee Williams head coach Chris Selby.

“The defense held Wickenburg to zero shots on goal,” Selby said. “Goalie Amrist Kelso got her first assist and shutout this season.”

At Parker, two former region rivals squared off and the Kingman Academy High School girls basketball team came out on top in a 44-39 victory over the 27th ranked Lady Broncs (2-5).

At Parker, the Kingman Academy High School boys basketball team had little issue against No. 16 ranked Parker (5-2) in a 66-31 blowout win.