Judge: ACC commissioners have no right to investigate peers 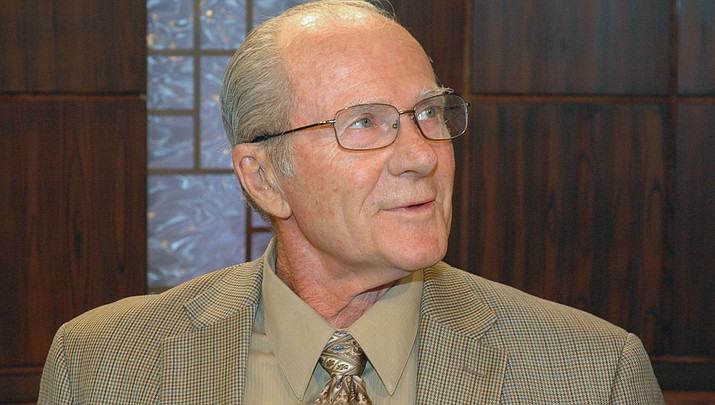 In a decision released Wednesday, Maricopa County Superior Court Judge Daniel Kiley rebuffed the efforts by Bob Burns to launch a probe into whether one or more of his colleagues on the Arizona Corporation Commission acted improperly. (Capitol Media Services 2017 file photo by Howard Fischer)

PHOENIX – State utility regulators have no legal right to investigate their colleagues to determine if they are biased, a judge has ruled.

In a decision released Wednesday, Maricopa County Superior Court Judge Daniel Kiley rebuffed the efforts by Bob Burns to launch a probe into whether one or more of his colleagues on the Arizona Corporation Commission acted improperly in supporting a rate increase for Arizona Public Service because the company provided financial support for their political campaigns.

Kiley, in an extensive ruling, said due process does require that there be an “unbiased adjudication of disputes.’’ And he said that Burns has a “commendable concern’’ to ensure that all involved in rate cases have their rights protected.

“However, such due process rights belong to the litigants to the dispute, not to members of the body adjudicating the dispute,’’ the judge wrote.

In this case, none of the parties to the rate case raised any questions of bias. In fact, all of the 29 parties, including the utility, the Residential Utility Consumer office and a host of intervenors, all signed off on the deal to allow APS to collect an additional $7 million a month from its customers.

The judge also said he can find nothing either in the Arizona Constitution or state statutes that gives one commissioner the independent authority to investigate whether his or her colleagues should be disqualified from voting on an issue.

Kiley’s ruling has implications beyond this specific dispute and this specific rate case. It also sets the rules for what can happen – and who can question the bias of commissioners – in future rate cases where utilities and others are providing direct or indirect financial help to elect the very regulators who are deciding the issue.

Burns said he is weighing whether to appeal.

The latest ruling is an outgrowth of Burns’ contention that APS or parent Pinnacle West Capital Corp. was the source of $3.2 million spent by “dark money’’ groups to elect Republicans Tom Forese and Doug Little to the commission in 2014.

Those groups claim their status as “social welfare’’ organizations under the Internal Revenue Code exempt them from disclosing donors. And APS will neither confirm nor deny it was the source of those dollars.

In 2016 APS openly spent more than $4 million to defeat Democratic candidates, helping to ensure the election of Republicans Andy Tobin, Boyd Dunn – and Burns himself. But Burns, whose reelection bid also was aided with money from solar interests, contends APS didn’t really want him but feared him less than the Democrats.

Last year the commission voted 4-1 to approve the rate hike deal, with Burns the lone opposition.

Burns at first tried to get access to the records of APS and Pinnacle West to determine if they were behind those 2014 donations. But Kiley, in a prior ruling, said such a subpoena can be issued only if it has the support of the majority of the commission, something Burns did not have.

That left Burns with the argument, just rejected by Kiley, that he should be allowed to investigate whether the other four commissioners had conflicts of interest, meaning they never should have been allowed to vote on the rate hike in the first place.

Even if Burns does not appeal, this may not be the end of the matter.

There is a pending request before the commission to reopen the APS rate case amid charges by consumers that their actual bills went up far more than the utility had promised. That request, currently being reviewed by a hearing officer, is not expected to go before the panel until at least next month when there will be two new commissioners, neither of which voted for the rate hike and both of whom have expressed some support for Burns and his efforts to explore any links between campaign spending and commission action.

That could provide Burns the three-vote majority he needs to pursue the very APS and Pinnacle West records he sought in the first place.