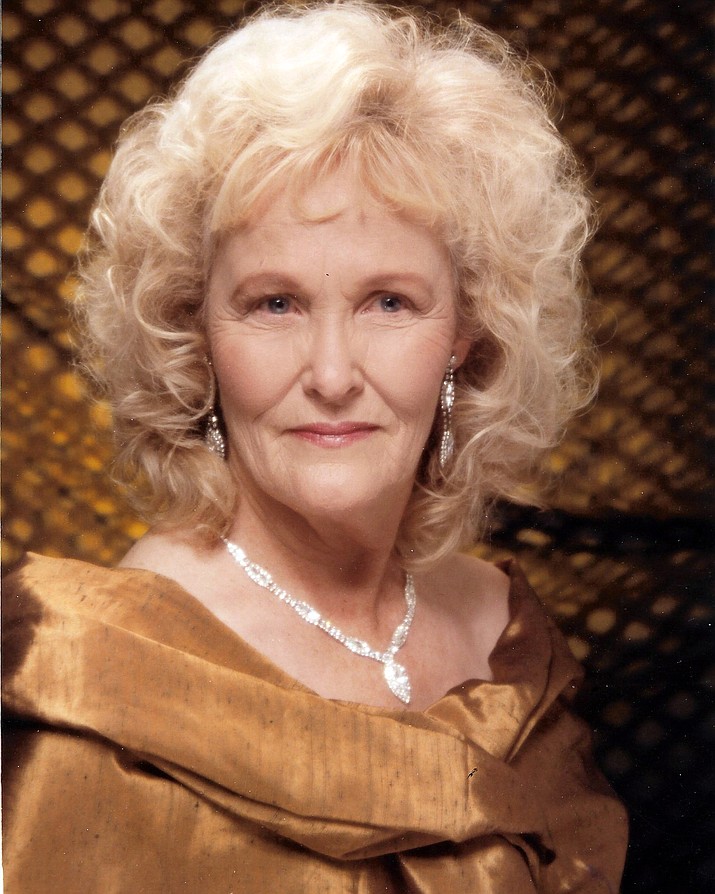 Mary Lou Harbour, age 89, entered eternal life on Dec. 22, 2018. She is survived by her husband of 41 years; Paul F. Harbour, her five children and their families; Diana Lynn Sturgeon of California, Loretta Barrios of Arizona, Larry Lynn of Arizona, Vincent Lynn of California, Kevin Lynn of California; her sister; Ruth Ann Garrett Henson and family of Oklahoma, and two stepsons; James Harbour of Oregon and Mike Harbour of Arizona. Mary was blessed with 20 grandchildren, 12 great-grandchildren, as well as, many loving extended family members and dear friends.

Mary was born July 5, 1929 in Shawnee, Oklahoma where she grew up and married her high school sweetheart Ralph Lynn in 1948. They eventually moved to California in 1956. Together they had five children before the marriage ended in 1972. She married her second husband, Paul Harbour, in 1977; they resided in California until moving to Arizona in 2009.

Mary enjoyed nature; she loved feeding and watching birds that frequented her yard. Mary always had a soft spot in her heart for dogs; big ones, little ones, scruffy ones, they were all adorable to her. She loved colorful flowers and planted them everywhere she thought they might grow. She enjoyed watching sunsets from the patio and nature programs on television. She enjoyed chatting on the phone and sending greeting cards to family members and friends. In her earlier years, she enjoyed traveling, especially taking several road trips throughout most of the United States. Other travels included trips to Europe, China, Canada and Mexico.

Mary had a strong faith; she believed in God and frequently spoke of Him. Oftentimes, she could be found in the wee hours of the morning sitting under the light of a lamp reading her Bible and devotional books. She was a loving wife, mother, grandmother, sister and friend. She was happiest when surrounded by family and friends. She will be warmly remembered for her many kindnesses to others. Mary had a humorous side, too; her special talent with words often brought broad smiles and laughter to others. She will forever remain in our hearts and live on in words she said, in lives she touched and in the happiness we will feel each time we remember her.

After becoming ill and being hospitalized in November, Mary chose to return home under hospice care where she peacefully passed away. Her family is comforted knowing she is now free of all earthly pain and suffering and that they will be reunited with her in heaven someday.

A Celebration of Life for Mary will be held at 11 a.m. Jan. 5, 2019 at Sutton Memorial Funeral Home, Kingman, Arizona. Mary Harbour will be interred at Oakdale Memorial Park in Glendora, California.