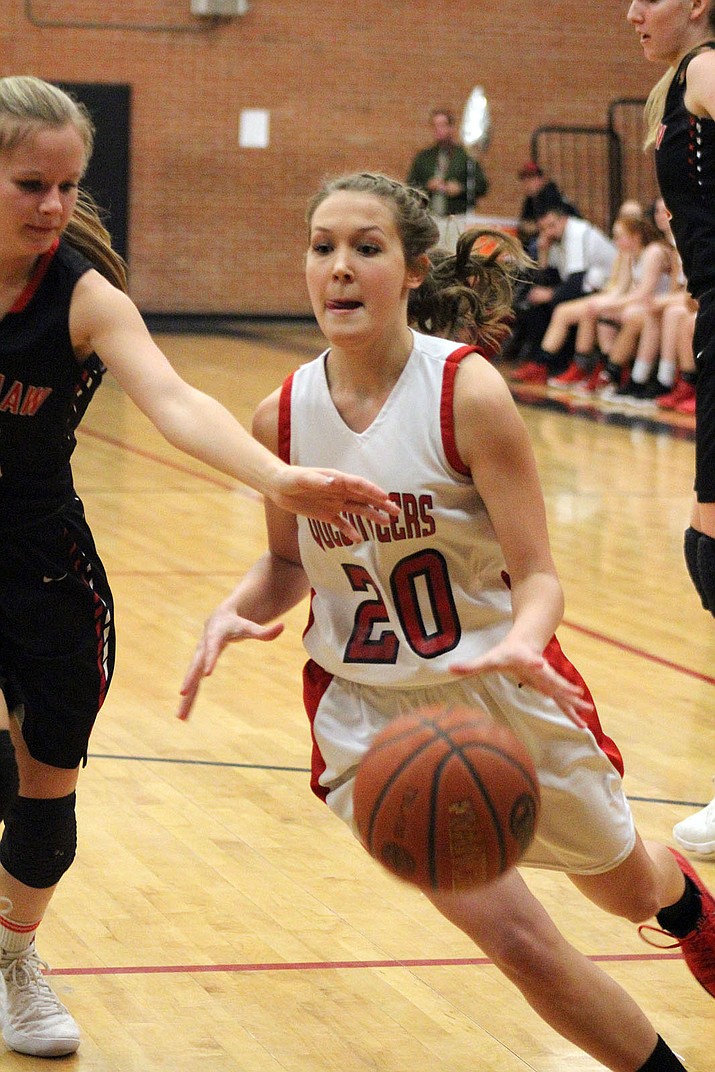 KINGMAN – On a night dedicated to the Lee Williams High School girls basketball team’s six seniors, the Lady Volunteers almost pulled off an upset of No. 15 ranked Bradshaw Mountain. Unfortunately, the late rally came up short in a 46-38 setback.

“It was kind of even-steven, but we spotted them too many points,” said Lee Williams head coach Jerry Arave. “It was too hard to come back and we missed 12 free throws.”

Even more painful was the fact the Lady Vols had eight of those misses at the charity stripe come in the critical fourth quarter. Lee Williams appeared to be in an unsurmountable hole trailing 41-24 with 4:25 remaining.

Then all of a sudden the Lady Vols were only down seven points, 42-35, with 50 seconds to play. Lee Williams inched back into the game thanks to an 11-1 run over a span of about three minutes.

Sadie Snay played a big role in the scoring spree as the senior tallied eight of the 11 points – highlighted by two clutch 3-pointers. But unfortunately Snay and the No. 18 Lady Vols (8-8, 5-6 4A Grand Canyon Region) couldn’t pull off the late game-heroics in the loss to the Lady Bears (11-5, 7-4).

“It’s always fun to start your seniors like that,” coach Arave said. “… Sadie Snay and Madison Arave have been four-year varsity starters. Siona Allen has given us some help, Simari Satoafaiga has played tough – she’s been one of our better players coming off the bench. Cassidy Torrey has come a long way and she’s improved. … Jordan Santos, unfortunately last year she blew out her knee in the first practice. She didn’t have surgery until late in the year and didn’t start back until Christmas time. I’ve played her as much as I can.”

Lee Williams plays its regular-season finale at 5:30 p.m. Friday on the road against No. 23 ranked Mingus (6-10, 3-8). The Lady Vols need a win to keep their postseason hopes alive.

“If we can beat Mingus, we may be able to stay in the top 24 and get to that first-round state play-in game,” coach Arave said.