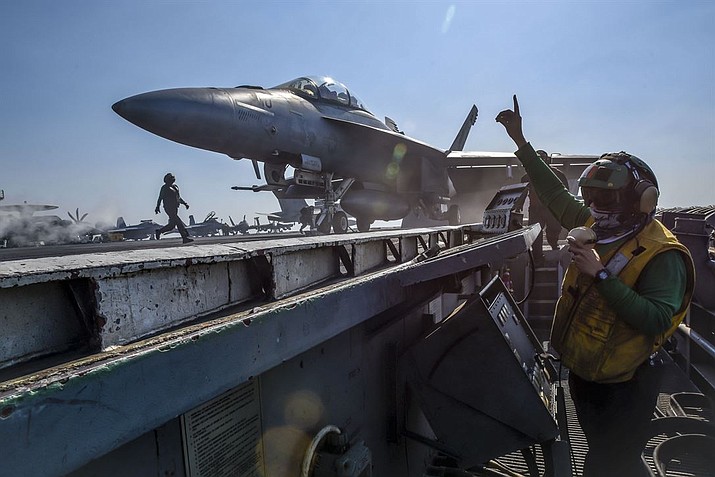 WASHINGTON (AP) – Republicans rode the tea party wave to power eight years ago on a message of fiscal responsibility and attacking budget deficits, and kept at it during President Barack Obama's two terms. That was then.

The Republican-led Congress on Thursday was rounding up support for a bipartisan budget bill that would put the government on track for annual deficits topping $1 trillion, a gap last seen toward the end of Obama's first term.

The projection for massive budget deficits has split Republicans. Dedicated fiscal conservatives criticized the plan while others accepted it as a necessary compromise to shore up military spending and keep the government running after a short-lived shutdown last month.

"I think the spending in this is reckless and irresponsible," said Rep. Thomas Massie, R-Ky., a conservative who is backed by the tea party.

Sen. Bob Corker, R-Tenn., said the budget agreement was "doubling down on the irresponsible mentality in Congress of spend now, pay later. To say I am discouraged by the outcome of these negotiations would be an understatement."

Corker voted for the recent Republican tax cut after raising similar concerns in the weeks leading up to the vote.

Republicans are pinning their long-term hopes on their $1.5 trillion tax cut, which they say eventually will stimulate enough economic growth to help reduce the deficit. GOP leaders were using that argument and a desire to boost military spending to sell the budget plan. Congress needs to approve a spending bill by midnight Thursday to avoid a partial government shutdown.

Many in the GOP ranks were willing to sign on despite the soaring deficit.

"It all comes down to one thing – economic growth. That's where you take care of the debt and deficit," said Rep. Dennis Ross, R-Fla.

Republicans supporting the package include defense hawks who say military readiness has been harmed by years of automatic budget cuts known as sequestration. The budget bill boosts defense spending by $165 billion over two years.

"If you vote no, you're voting against fixing the military," said Rep. Mac Thornberry, R-Texas, chairman of the House Armed Services Committee.

Conservative angst about the growing deficit was valid, he said, "but you are not going to fix them by cutting our military or by failing to provide the equipment that our troops need."

Other lawmakers cited the need to keep the government running and boost domestic spending on infrastructure and programs such as community health centers. The budget plan also was drawing support from Republicans representing states that would benefit from $89 billion in aid to speed recovery from last year's hurricanes and wildfires.

Still, some GOP activists worried that the deal reinforces the notion that congressional Republicans are not delivering on their promises to slash spending and reduce the size of government. The plan could demoralize some Republican voters, hurting the party's efforts to keep its majorities in the House and Senate, they said.

Jason Pye, vice president of legislative affairs at Freedom Works, a conservative group that helped launch the tea party movement, said Republicans are retreating on their deficit- reduction message. The House Freedom Caucus, a group of conservatives that grew out of the tea party, denounced the deal for growing the size of government.

"The only folks who should be voting for this are the debt junkies, who love unsustainable spending bills," said Rep. Mo Brooks, R-Ala., a freedom caucus member.

A leader of the GOP's fiscal conservatives, Rep. Mark Walker of North Carolina, said he understands the frustration.

"You can make a case that it seems to be a little hypocritical because we ranted and raged during the eight years of Obama about the national debt," said Walker, who said he will vote against the budget bill. "If it's truly our core principle, it should be equal whoever is in the White House."