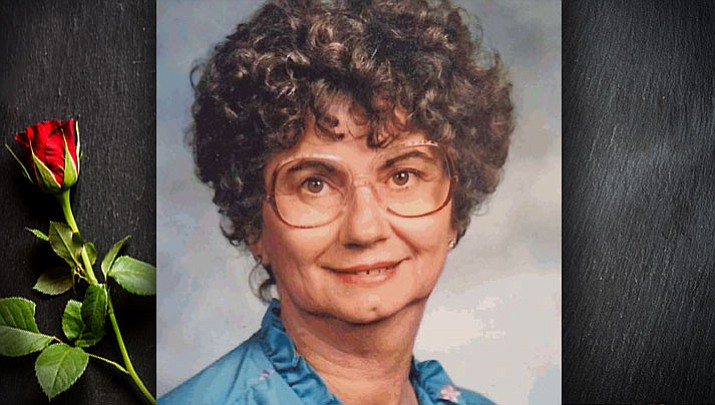 Dorothy was born in St. Louis, Missouri on Sep. 29, 1929. Her parents were William and Mildred Loughlin. In 1931, she moved with her family to Ramona, California where her dad homesteaded 160 acres. In 1940, the family moved to the small community of Suncrest east of San Diego, California.

She married James Younghusband. They raised their four children in Suncrest. During that time, she was a member of the Fire Department’s Women’s Auxiliary, a founding member of the crest School P.T.A. and published a community newsletter.

In 1999, shortly after retiring from food management at the Home of Guiding Hands, Dorothy moved to Kingman, Arizona. She volunteered at both the Kingman Hospital and for the Joan and Diana Hospice Home. Dorothy also loved to cook, garden, crochet, and knit.

A Celebration of Life will be held on Feb. 17, 2018 at the Kingman Ranch Mobile Home Park’s recreation hall at 5 p.m. The address is 1201 Jagerson Ave., Kingman, Arizona.