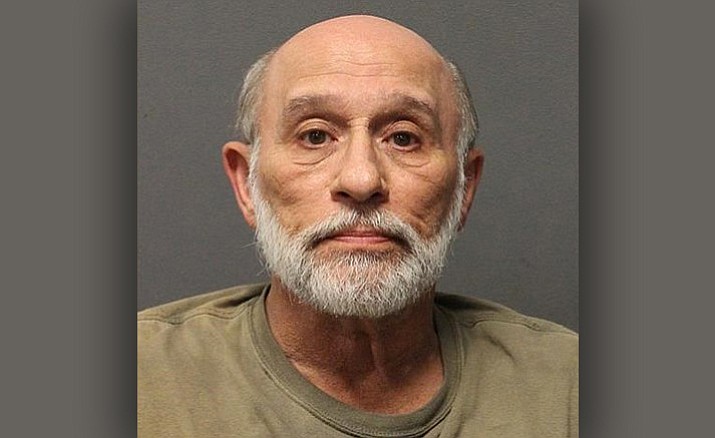 Prescott, Arizona resident Larry Moore has been arrested on suspicion of murdering a young woman in Texas in 1987. (Bexar County District Attorney's Office)

A Prescott man has been arrested on suspicion of murdering a young woman in Texas in 1987.

On Tuesday, Jan. 30, investigators with the Prescott Police Department (PPD) received contact from the Bexar County District Attorney’s Office in Texas asking for investigative help in locating Larry Moore, 65, according to a PPD news release.

Moore was believed to be living in Prescott with his wife. This was confirmed by PPD by running Moore's driver's license information, police said. Bexar County was attempting to locate Moore in reference to a cold case homicide that occurred in 1987.

News agencies in San Antonio reported that the murder victim was Diana Lowery, 25, who was found dead in the bathtub of her apartment in 1987 as a result of being strangled. An initial investigation did not reveal enough evidence to arrest a suspect and the case ended up going “cold” until a second investigation conducted in the early 2000s pointed to Moore, reported News4SanAntonio. Moore owned the duplex where Lowery lived and had spare keys to her apartment. Moore was indicted for murder in 2005, but the case was later dismissed by a prosecutor under a previous administration. However, evidence gathered during a second investigation launched in January 2018 is believed to be enough to prosecute Moore under the capital murder statute as it existed in 1987, reported News4SanAntonio. The statute at the time carried with it the possible punishment of either death or life in prison with the possibility of parole after 40 years.

On Tuesday, Feb. 6, Prescott police say they received information from Bexar County that Moore now had a valid warrant for his arrest.

Friday morning, Feb. 9, police found Moore in a parking lot near Willow Creek and Iron Springs Road, where he was taken into custody without incident. Since Moore is confined to a wheelchair, prior arrangements with the Yavapai County Sheriff’s Office (YCSO) had been made to assist with transporting him to the Yavapai County jail, police said.

Moore remains in custody at the jail and is awaiting extradition, said Dwight D’Evelyn, YCSO spokesman.