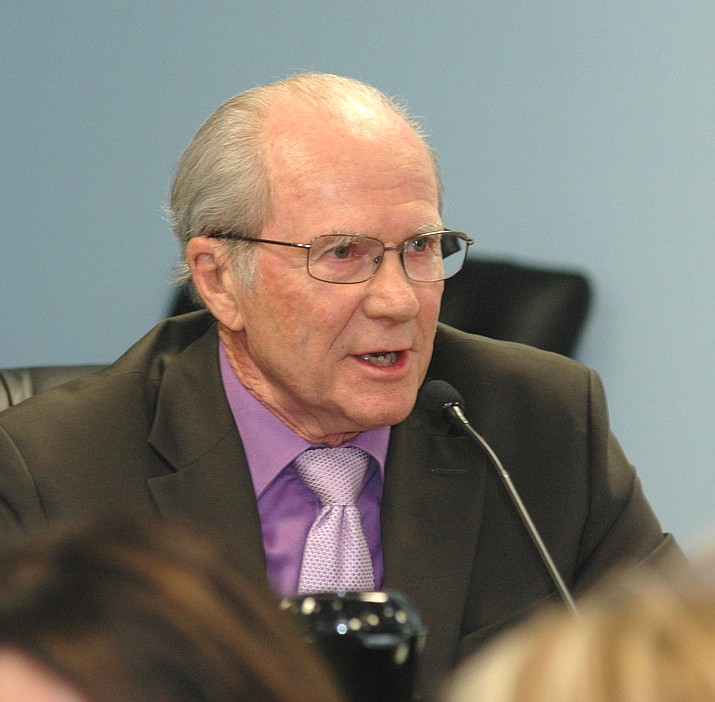 A judge won’t help Bob Burns force Arizona Public Service to disclose the money it has spent to elect candidates of its choice.

PHOENIX – A judge won’t help Bob Burns force Arizona Public Service to disclose the money it has spent – and may spend in the future – to elect candidates of its choice.

In an extensive ruling Friday, Maricopa County Superior Court Judge Daniel Kiley concluded that Burns, as a member of the Arizona Corporation Commission, has an individual right to look at the books of not only APS but Pinnacle West Capital Corp., its parent company. He said Burns does not need the backing of the majority of the regulatory panel.

The judge also said that individual right of commissioners extends to the ability to subpoena corporate executives to testify.

Kiley said none of that matters because the other four members of the commission have refused to enforce the subpoenas. And the judge said he lacks the legal authority to overrule that.

Friday’s ruling, unless overturned, means that Burns will be unable to determine whether APS or Pinnacle West was the source of any of the $3.2 million spent by “dark money’’ groups in 2014 to help elect Republicans Tom Forese and Doug Little to the panel.

APS will neither confirm nor deny it was the source of those dollars. And the groups contend that their status under federal tax law as “social welfare’’ organizations exempts them under Arizona campaign finance laws from having to disclose their donors.

Potentially more significant going forward, it means that any three commissioners on the five-member panel can effectively thwart a bid by another regulator to demand a closer look at utility records.

What makes that significant is that Burns, in pursuing the records, contends that the companies are using funds generated from utility customers and that this done to secure “favorable treatment of APS’’ in rate hike cases. Burns also contends that using ratepayer funds for political influence threatens to “create regulatory capture,’’ inducing the commission to “approve unreasonable rate burdens for APS customers and/or disregard the financial ... interests of such consumers.’’

It also comes on the heels of the commission, on a 4-1 vote – with Burns dissenting – to allow APS to collect another $7 million a month from its customers.

In fighting the subpoenas, APS accused Burns of an improper and illegal power grab.

Attorney Mary O’Grady argued that the Legislature has exclusive power to set campaign finance rules. And she said Burns is powerless to require APS to divulge anything more.

“The court is not persuaded,’’ Kiley wrote. He said just because the state has its own disclosure rules does not strip the commission of its own constitutional powers.

Nor was Kiley impressed with arguments that forcing APS and Pinnacle West to reveal their political spending would discourage them from making future political donations. O’Grady said such disclosure runs afoul of the historic 2010 U.S. Supreme Court ruling which concluded that corporations, like individuals, have a right to participate in political debate, including with their dollars.

“Nothing in that case suggests the First Amendment offers blanket protection against the mandatory disclosure of political spending,’’ the judge wrote. He noted the justices in that ruling said transparency “enables the electorate to make informed decisions and give proper weight to different speakers and messages.’’

But Kiley said while Burns is free to issue his subpoenas, making APS and Pinnacle West comply is another matter.

He said the Arizona Constitution, which establishes the Arizona Corporation Commission as a separate branch of government, gives the panel “as a whole’’ the power to set its own rules. That, Kiley said, means it takes the full commission – or at least a majority – to issue a contempt citation to APS and Pinnacle West for refusing to comply with a subpoena.

“To look to a court to resolve disputes among ACC members about the proper scope of an investigation risks – indeed, virtually guarantees – undue judicial involvement in the day-to-day affairs of a separate and co-equal branch of government,’’ the judge wrote.

Kiley said even if he had the expertise necessary to determine what information should be gathered and presented to the commission, including documents and testimony, “the court could not overrule the decision of a majority of the commission about the proper scope of an ACC investigation without running afoul of the separation of powers principle that are at the heart of our system of government.’’

Burns said Friday he was reviewing the ruling before deciding what to do next.