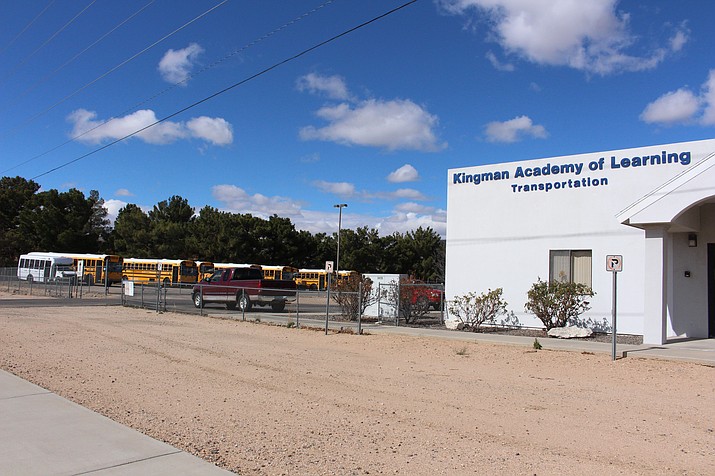 KINGMAN – According to a recent report by Arizona Education Department news, it is costing public school districts more money for transportation than what the state gives.

The Daily Miner spoke to Kingman Unified School District business manager, Ahron Sherman, about its transportation costs for the fiscal year of 2018. KUSD received $4.488 million dollars from the state for their transportation needs, but has set a budget of $4.136 million from what it received.

“It is also interesting to note that charter schools are resulting in a disproportional level funding,” Susan Chan, executive director at Kingman Academy of Learning said.

Charter schools receive something that is called “charter additional assistance,” according to Chan.

KAOL transportation costs for fiscal year 2018 is $500,000 which doesn’t include a bus that is going off its lease this year.

Other districts in rural areas, such as Page Unified School District in Coconino County received $1.9 million from the state, but budgeted $3.35 million according to AZEDNews.

School business officials would like to see an improvement to the current 37-year-old formula that determines the state budget for school transportation, according to AZEDNews.

AZEDNews said Arizona public schools spent $306 million on transportation for students, but the state’s transportation support level formula came up with a budget of $240 million.

KUSD has a budget of $3.036 million just for getting students to and from school on a daily basis. They also set aside a budget of $130,000 for extracurricular activities, such as transporting student athletes to games.

Other expenses in their budget include the lease of the buses and repairs. A total of $376,000 is set aside for leasing 20 new buses and $600,000 for repairs that the buses may need throughout the school year.

According to Sherman, the budget will go up next year at least because the minimum wage will go up to $11 an hour. For any money that isn’t used from the transportation budget, it is saved for unexpected transportation related costs.

“If it remains unspent throughout the year, it is rolled over into the following year,” Sherman said.