New legislation would award frozen embryos to parent who wants them 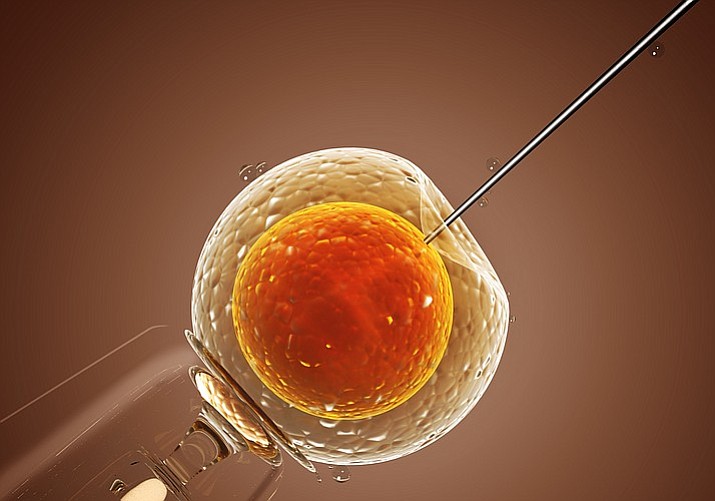 The Arizona Senate has passed a bill allowing a person’s embryos to be used despite their not wanting them to be utilized.

PHOENIX – Saying parents who want children deserve that right, state senators voted Thursday to require that frozen embryos be given to the parent who will use them, even if the other parent objects.

SB 1393 would strip judges handling divorce cases of their right to decide who gets the embryos. It also would overrule contracts that couples signed in happier days when they agreed what would happen to the embryos in case of divorce.

But Sen. Nancy Barto, R-Phoenix, said that’s precisely the role of the Legislature.

The legislation stems from testimony to a legislative committee by Ruby Torres. The woman told lawmakers about preparing for cancer treatment years ago and how she and her then-fiance agreed to in vitro fertilization so they could have children in the future.

When the marriage ended, Barto said Thursday, the woman thought the judge would treat the embryos as property and she would get custody of at least some of them. Her husband, however, told the court he did not want to be a father.

The judge, with no legal precedent, cited the contract the couple signed at the time and ordered the embryos be donated to another couple or a fertility clinic.

What SB 1393 would do is spell out that courts are required to give disputed embryos to the parent who promises to actually use them to create a baby.

Barto said while the outcome of SB 1393 can’t legally affect the outcome of that case, she is hoping that the courts see the measure as the intent of the Legislature. And, if nothing else, she said, it will provide direction to judges on how to handle future incidents.

Thursday’s 18-12 vote came over the objection of Sen. Steve Farley, D-Tucson. He urged colleagues to butt out.

“The Legislature should not come between a woman, her doctor, her faith and her family,’’ Farley said. He said measures like this one unnecessarily insert state government into not just a personal relationship, but also into matters of something that was settled by contract.

Farley said there are all sorts of things to consider, most of them surrounding the right of the other spouse to not have children.

He said this isn’t simply a matter of perhaps a person ending up as the biological parent of one unwanted child. Farley said there could be situations where there are up to 20 fertilized eggs, meaning the other person could be in a situation of watching the former spouse give birth to multiple biologically-related children.

That situation doesn’t work only against a man, Farley said. He suggested lawmakers consider a situation where the man gets the embryos and then the former wife has to watch as the new girlfriend gives birth to her biological child.

“What about the pain of Ruby?’’ she asked. “Her embryos will be donated to somebody and she will have children out there that she will never get to know.’’

Frozen embryos to be given to the person who ‘promises to actually allow them to be born’
Court rules woman has right to embryos
Embryo case: Arizona Court sides with man who doesn’t want to be a parent
Proposed Arizona law would require insurance companies to cover fertility treatments
On Parenting: Know what not to say - and when
Event Calendar