Two suspects arrested, one at large in Lazy Y U burglary case 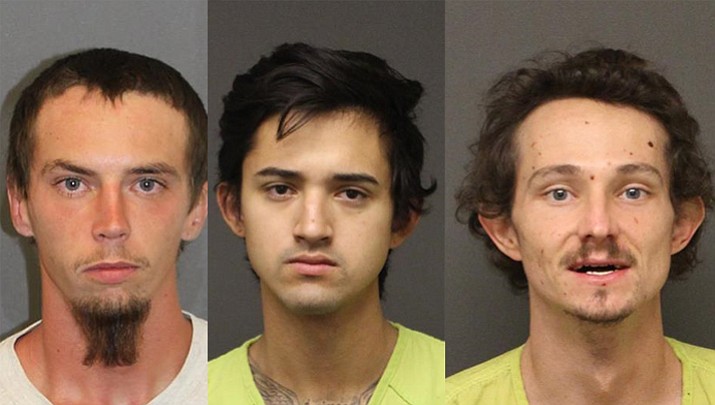 Andrew Scott Faylor is at large and wanted by MCSO in connection with the burglary in the Lazy Y U subdivision.

KINGMAN – A game camera that is used to catch glimpses of wildlife gave police four clues in a reported burglary.

A residence owner in the 3700 block Grey Stone Lane in the Lazy Y U subdivision reported to Mohave County Sheriff’s Office New Year’s Day that thousands of dollars’ worth of property had been stolen from the home.

Footage from the game camera showed three male suspects and a blue Dodge Durango. Kingman Police found the Durango Thursday, and the driver matched one of the suspects captured by the camera.

Further investigation revealed the identities of all three suspects, and MCSO reported that most of the stolen property was recovered.

The driver was identified as Thomas Charles Faylor, 22, of Kingman, who was arrested that day. Faylor was charged with burglary in the second degree.

Jeremy Robert Manuel Espinoza, 22, of Kingman was arrested Friday and charged with burglary in the second degree, and first degree trafficking in stolen property.

The final suspect is still at large. Andrew Scott Faylor, 26, of Golden Valley, has not been apprehended. He has an active warrant for his arrest pertaining to other charges.

Authorities are asking the public to contact local law enforcement if Andrew Faylor’s whereabouts are known.