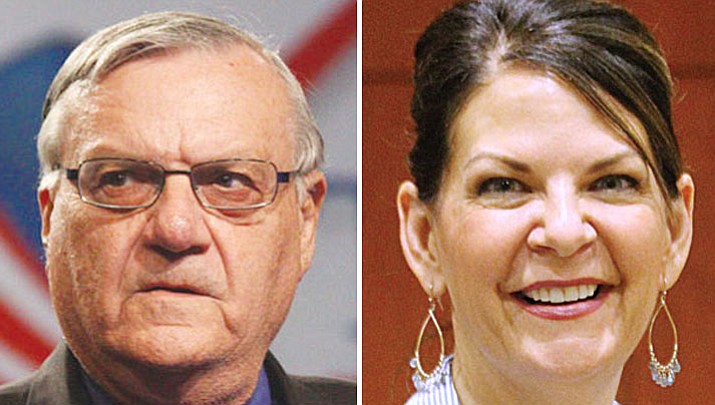 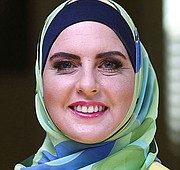 WASHINGTON – Former Maricopa County Sheriff Joe Arpaio, convicted of criminal contempt of court before being pardoned last year by President Donald Trump, is back for a third act, announcing Tuesday that he will run for Senate.

Arpaio announced on Twitter that he is running “for one unwavering reason: to support the agenda and policies of President Donald Trump.”

Even though he had talked about the possibility of running for office again just days after his pardon in August, Tuesday’s announcement appeared to catch political analysts by surprise.

It also muddies what could be a crowded GOP primary for the seat being vacated by Republican Sen. Jeff Flake, a vocal Trump critic who said he will not seek re-election this fall.

Arpaio, a prodigious fundraiser who boasted Tuesday that he has never lost a Republican primary, said he expects to win if given “a fair shake” by what he called the biased news media.

Political analysts were not so certain. 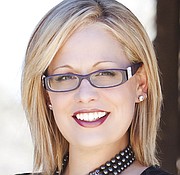 “I’m not really sure what’s motivating him other than personal gratification,” said David Wells, an Arizona State University political-science professor.

Arpaio’s only Republican competition so far is former state legislator Kelli Ward, and Wells said he thinks the former sheriff has a real chance of winning the primary if no one else gets in the race. But he expects other candidates to come forth.

“I don’t think that Arpaio is going to scare anyone off,” Wells said, pointing to the 85-year-old’s age and his political views. “I mean, he’s still a birther.”

Campaign staff for Ward, who also has been praised by Trump, released a statement Tuesday welcoming Arpaio to the race, a development the campaign said reflects conservatives’ distrust of official Washington.

Political consultant Mike Noble with MBQF Consulting said he expects Arpaio to continue “wrapping both arms around” the controversial immigration policies that garnered his fame and self-styled claim to be “America’s toughest sheriff.” Failure to keep his deputies from racially profiling Hispanics is what led to Arpaio’s conviction in federal district court in 2017.

Democratic political consultant Rodd McLeod thinks Arpaio might be able to win the primary because “there is a market for that” among Arizona Republicans. McLeod added Arpaio’s ability to raise money could be a factor in the primary – Arpaio had $463,140.01 in his campaign account as of April, according to his latest report with the Maricopa County Recorder’s Office.

Although Noble said the announcement will make for an interesting primary, McLeod called it “bad news when a repeat offender who has broken the law and held in contempt of court is back again.”

Arpaio said he plans to tout his close ties to Trump and what he called unfair treatment from former President Barack Obama’s Justice Department.

But longtime Arpaio critic Petra Falcon, the leader of Promise Arizona, said it is highly doubtful the former sheriff will even survive the primary, saying that “just because he was pardoned doesn’t mean the voters pardoned him.” Falcon said she hopes Latinos in the state will work hard to support a better candidate for the general election.

U.S. Rep. Kyrsten Sinema, a Democrat who represents central Phoenix, and immigration lawyer and advocate Deedra Abboud are both seeking the Democratic nomination for Flake’s seat. After Sinema’s entry into the race, several national analysts rated the normally solid Republican seat a “toss up” in 2018.

Flake laughed off the announcement, telling CNN that Arpaio has a history of saying he will run for statewide office and then backing out. When asked if he would support Arpaio, Flake said, “No, no, no, no, not at all … that’s not our best foot forward as Republicans.”

Republican political consultant Jason Rose said Arpaio has “an exceptional chance to capture the nomination” but agreed that “any Republican in 2018 is going to have a very, very hard time” in the general election. But the race itself should be interesting, he said Tuesday.

“This race is like taking algebra, geometry and calculus, and saying, ‘Do the math,'” Rose said. “It’s exciting and confounding all at the same time.”