Arizona could be liable for millions in insurance costs 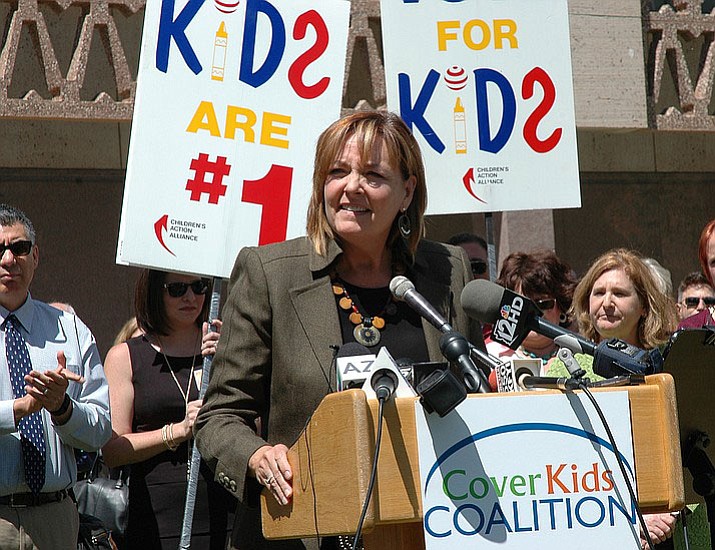 HB 2127 would repeal a provision of the 2016 law that restored the Kids Care program, but only if Washington picks up the entire cost. Instead, it would require the head of Arizona’s Medicaid program to inform the Legislature of any shortfall and give lawmakers the option of keeping the program in place with state dollars.

That creates the chance for the nearly 25,000 youngsters already enrolled – and potentially an equal number who are eligible – to keep getting nearly free care, even if federal lawmakers no longer pick up the full tab. But it also means the state could end up with tens of millions of dollars of annual costs that it now does not now incur.

At issue is the federal Children’s Health Insurance Program. Approved in 1997, it provides low-cost health insurance for children whose parents make too much to qualify for the Arizona Health Cost Containment System, the state’s Medicaid program, where participant income is capped at nearly $28,700 for a family of three.

Eligibility for CHIP runs up to $41,560 for a family of three; larger families can earn more and still qualify.

Arizona joined four years later, naming its program KidsCare, with the feds picking up about three-fourths of the cost.

In 2010, however, state lawmakers decided they could no longer afford even that share. They froze on new sign-ups, though those already in the program were allowed to stay.

The state rejoined in 2016, when Congress agreed to pick up the entire tab. At last count there were 24,767 children enrolled, with parents paying premiums between $10 and $70 a month.

But that 2016 law contains a trigger: If federal dollars drop below 100 percent, new enrollments would again be shut down.

Rep. Regina Cobb, R-Kingman, sponsor of HB 2127, said that is a real possibility.

Federal funding expired on Oct. 1. Arizona has managed to use leftover dollars from the prior federal fiscal year to keep the program open. In addition, Gov. Doug Ducey has authorized AHCCCS to move around dollars to provide more flexibility while federal lawmakers debate the issue.

But Cobb said Thursday there are indications that Congress will act – and soon – to reauthorize the program for another six years.

The problem, she said, is that the plan on the table calls for full funding for only two years; it would drop to 91 percent in the third year and 79 percent by the fifth. With the current trigger in Arizona law, that would shut down enrollment in KidsCare starting in 2020.

Her legislation, given unanimous approval by the House Health Committee, spells out that if the percentage drops, it would be up to the director of AHCCCS to figure out what would be the cost to the state to retain the program. That information, Cobb said, would be given to lawmakers, who could make an informed decision whether the expense is worthwhile.

Historic enrollment figures show there are at least twice as many children who are eligible as are now enrolled. And Dana Naimark, president of the Children’s Action Alliance, said the number of children who might qualify could be as high as 65,000.

The total cost for the number of children now enrolled is about $111 million a year.

At current enrollment, the most recent version of the federal extension would put the annual cost to the state in 2020 at about $10 million; that cost would go up to more than $23 million two years later.

And if enrollment is higher, the state cost would go up commensurate.

Cobb, however, assured Lawrence that nothing in HB 2127 allocates any money. She said it just sets up a method for the Legislature to make the funding decision when the time comes.

She acknowledged, though, that her legislation, which now goes to the full House, will be meaningless if Congress provides no dollars to restore the CHIP program.

Clancie Kazee, a mother of two, told lawmakers how important the program is for her family.

She said her husband is an independent contractor who drives a truck; she is going back to school in hopes of pursuing a career in nursing to be able to increase family income to be able to buy their own insurance.

“But until then, we need KidsCare,” Kazee said.

“We don’t make enough to afford private insurance,” she continued. “Even with the health care marketplace (in the Affordable Care Act), it is just out of reach.”